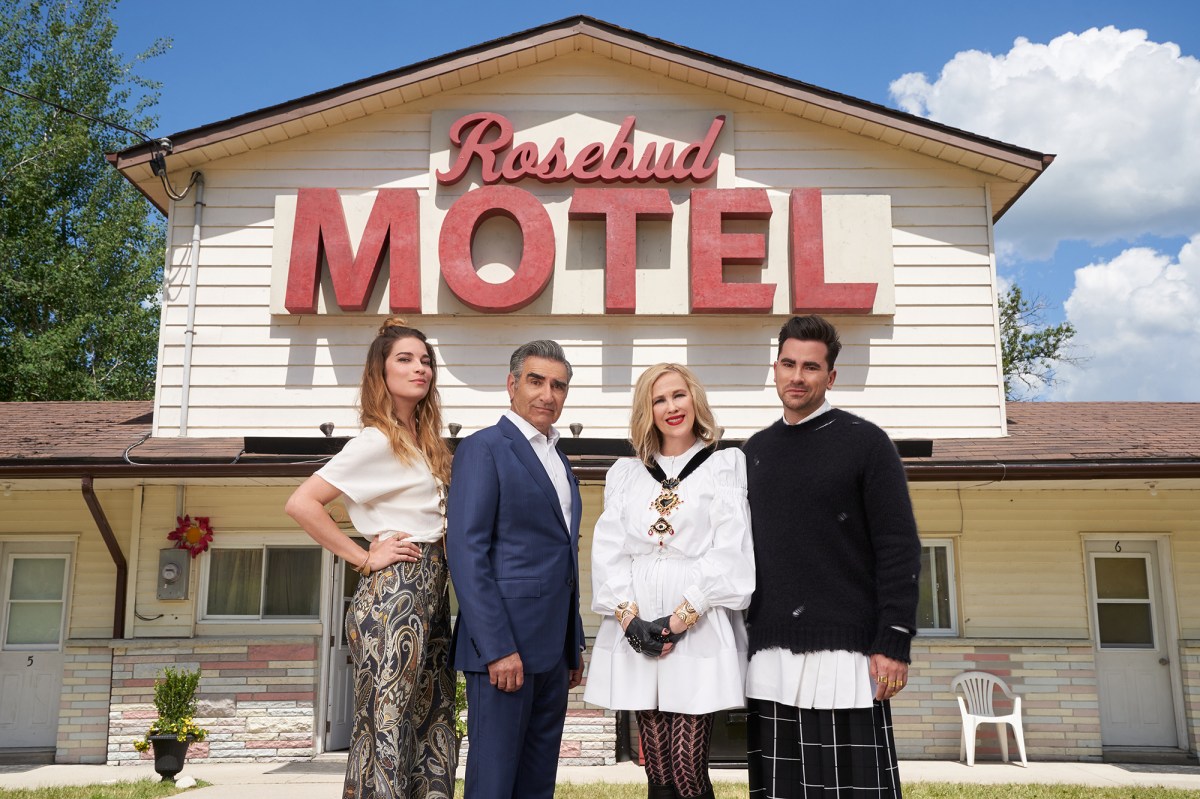 It’s a no-frills, small-town motel that a family moves into after losing their wealth — and soon, this television-famous property can be your own.

The property that plays the role of the Rosebud Motel on the popular Canadian series “Schitt’s Creek,” which swept the 2020 Emmys on Sunday with a record-breaking nine prizes for the most wins in a single season, is poised to hit the market, reports Simcoe County News.

“I’m actually in the process of putting it up for sale,” its owner, Jesse Tipping, told the outlet of the real motel in Orangeville, Ontario. “It’ll be up for sale next month.”

The asking price isn’t available, but if it weren’t for the COVID-19 pandemic — which continues to seal the border between the US and Canada — Tipping would have already listed it for sale.

The motel — located about 54 miles northwest of downtown Toronto — includes eight apartment-style rooms and a three-bedroom dwelling. You won’t see Johnny Rose (Eugene Levy) or Stevie Budd (Emily Hampshire) working the check-in desk, but the new owner will see daily visits from fans of the show. Some have traveled from as far away as Australia.

“We just kind of let them enjoy it, because if they are not bothering anybody, people really get a kick out of it,” Tipping said. “I don’t think it will be tough [to sell].”

The motel has more of a history than its role on “Schitt’s Creek.” Tipping, now the president of the Athlete Institute Basketball Academy and Orangeville Prep, purchased the property in 2011 to provide a home for basketball recruits, in what the local publication says has become the most successful prep-school basketball program in the nation. Jamal Murray, a Denver Nuggets player who hails from Kitchener, Ontario, spent two years living there. The Miami Heat’s Kyle Alexander — who grew up in Scarborough, a borough of Toronto — also spent two years living in the motel.

Tipping said the city-kid recruits from the greater Toronto area had this motel as their first real exposure to nature, as the salmon-heavy Nottawasaga River runs just behind the structure.

“The guys that stayed there, they would go out to the river and try and catch these fish with their hands,” he told Simcoe County News. “They’d send me pictures of them waist-deep in the water, a 16-year-old kid from Toronto or Scarborough, holding these big salmon in their hands.”

The 2005 movie “A History of Violence” also filmed scenes at the motel, as did the thriller miniseries “11.22.63” and “The Umbrella Academy” series. Tipping said the motel is believed to have been a “party spot” or a resort during the 1960s — and said there may be a pool buried in the back.

As for “Schitt’s Creek,” he said the crew was “a great bunch to work with.”

Tipping had even rented rooms at the motel on Airbnb for a couple of years.

“We didn’t advertise for you to come stay at ‘Schitt’s Creek’ or the Rosebud Motel, but we actually used it for people who needed a spot when they were coming in to ski … or worked in the area for weddings or events.”

And most recently, Tipping opened the property to a nearby organization that was in need of space for people to quarantine.