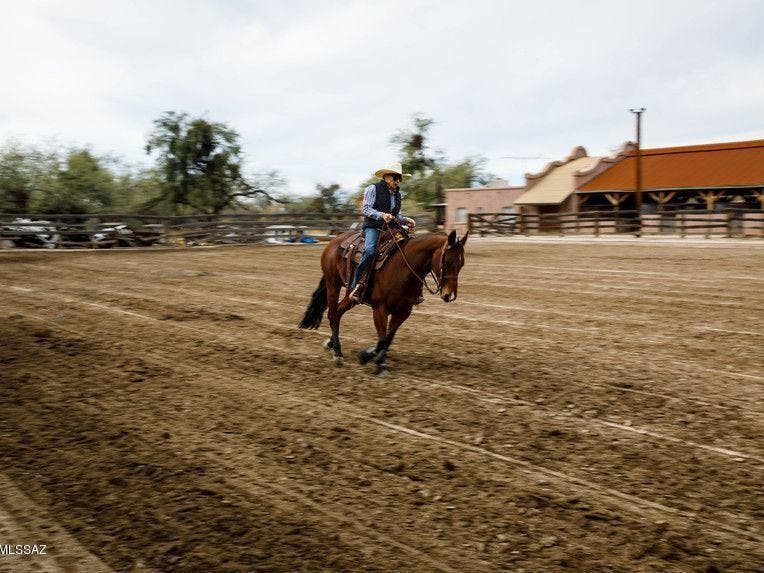 TUCSON, AZ — This $2.75 million property in Tucson is being sold at auction and is the perfect opportunity for budding entrepreneurs or homeowners in search of a unique estate.

This unique property is set to be sold at auction with a minimum bid of $2.75 million required. Named Rancho De Los Cerros, this private 10-acre estate could be used as an event venue. Hidden at the end of a mile-long dirt road, you will find a hacienda, carriage house, full stables and a swimming pool. The home blends perfectly with the Sonoran Desert it is surrounded by.

All four separate structures carry authentic Spanish-style architecture and charm. The hacienda is approximately 8,000 square feet. The land is also home to a guest house, caretaker’s home, guest or staff apartments and a carriage house.

Other unique amenities include a fitness center, a large putting green and tons of trees. It’s

The 47-year-old math and science teacher with Sunnyside Unified School District knew an eviction had been ordered, but on that Monday morning nearly a month ago, he thought he had more time.

Arizona Gov. Doug Ducey‘s executive order helped Pima County Constable Marge Cummings delay an eviction during the weeks it took Bustamante’s court case to reach its end, but the outcome was still the same: The Bustamante family became homeless during the pandemic because of lost income.

What he’d needed to avoid the overwhelming stress that ensued, and the eviction now on his record, was simply enough time back at teaching to earn a