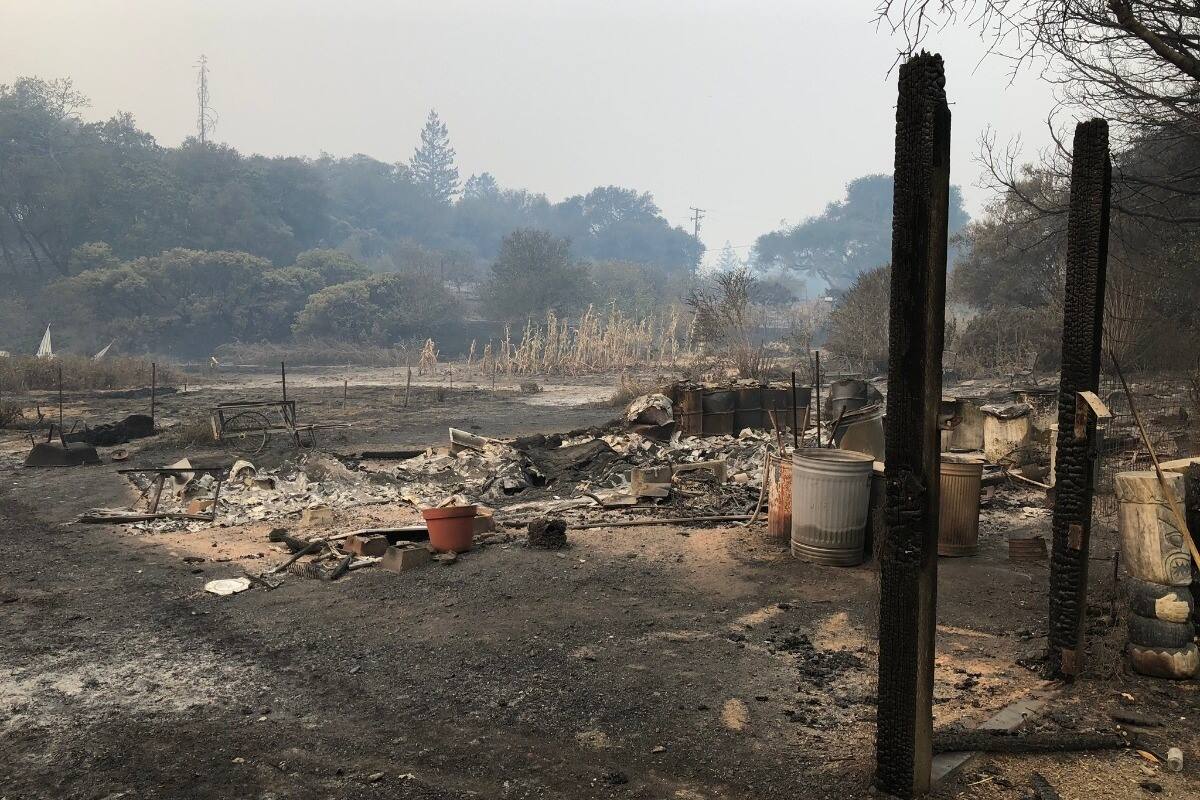 There were 13 sweet, simple, wood-heated homes at Monan’s Rill, the intentional community on 414 gorgeous acres off St. Helena Road.

The Glass fire left just one. That surviving house was hand-built in the early 1970s by two co-founders of the residential collective, the extraordinary Mary and Russ Jorgensen.

In addition to helping to create Monan’s Rill, the Jorgensens, both former Freedom Riders, were stalwarts of the Peace and Justice Center of Sonoma County and undaunted champions of a better world.

They were for almost 30 years cherished by fellow residents of Monan’s Rill who’ve from the start worked together for the good of the land they inhabit and the community that they’ve run by consensus.

The Jorgensens were among four Quaker families that founded Monan’s Rill after having lived in the Berkeley hills with no fences between their yards so they could rear their kids communally. When they bought