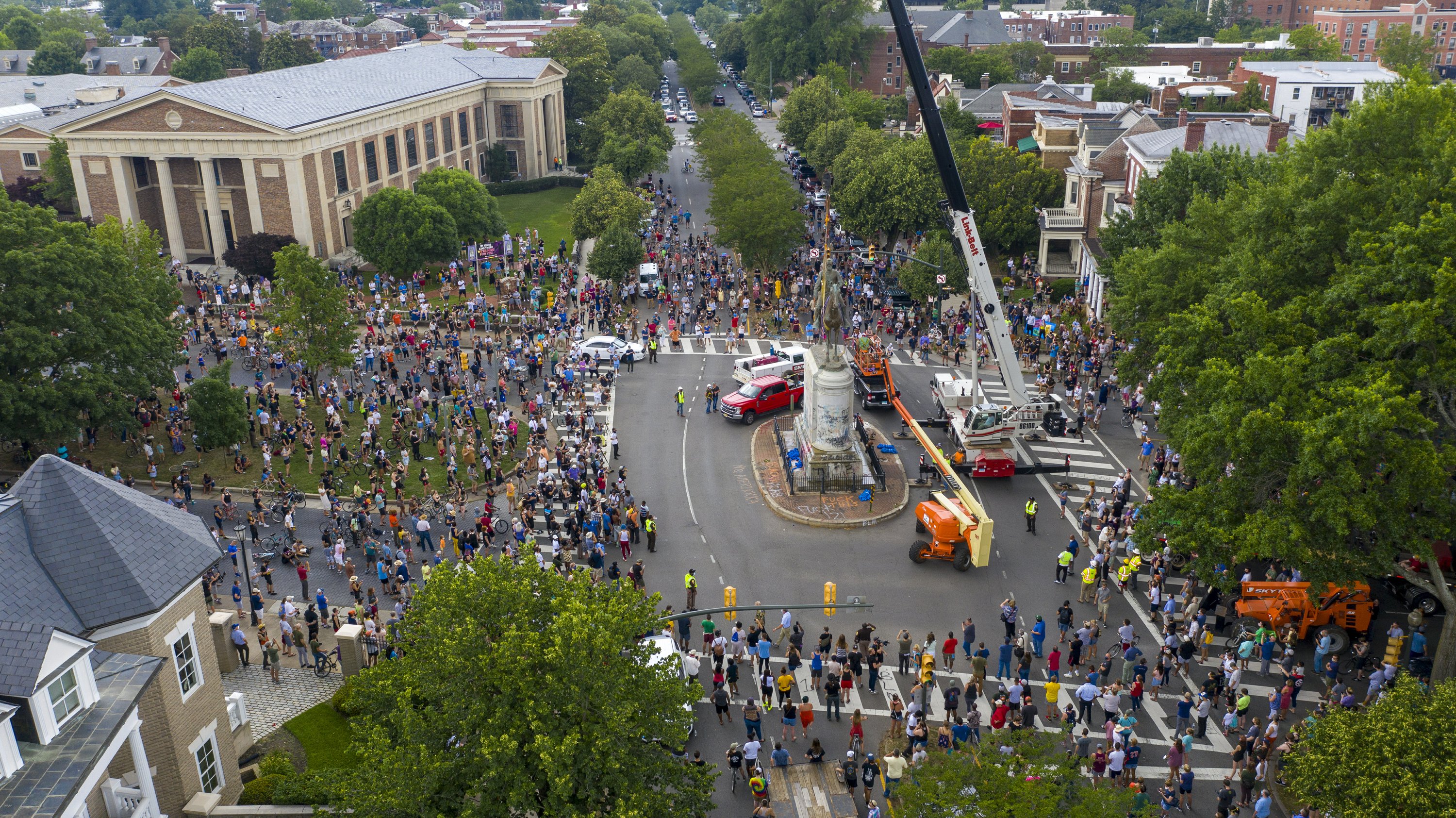 RICHMOND, Va. (AP) — Devon Henry paced in nervous anticipation, because this was a project like nothing he’d ever done. He wore the usual hard hat — and a bulletproof vest.

An accomplished Black businessman, Henry took on a job the city says others were unwilling to do: lead contractor for the now-completed removal of 14 pieces of Confederate statuary that dotted Virginia’s capital city. There was angry opposition, and fear for the safety of all involved.

But when a crane finally plucked the equestrian statue of Gen. Stonewall Jackson off the enormous pedestal where it had towered over this former capital of the Confederacy for more than a century, church bells chimed, thunder clapped and the crowd erupted in cheers.

Henry’s brother grabbed him, and they jumped up and down. He saw others crying in the pouring rain.

“You did it, man,” said Rodney Henry.

Success came at some