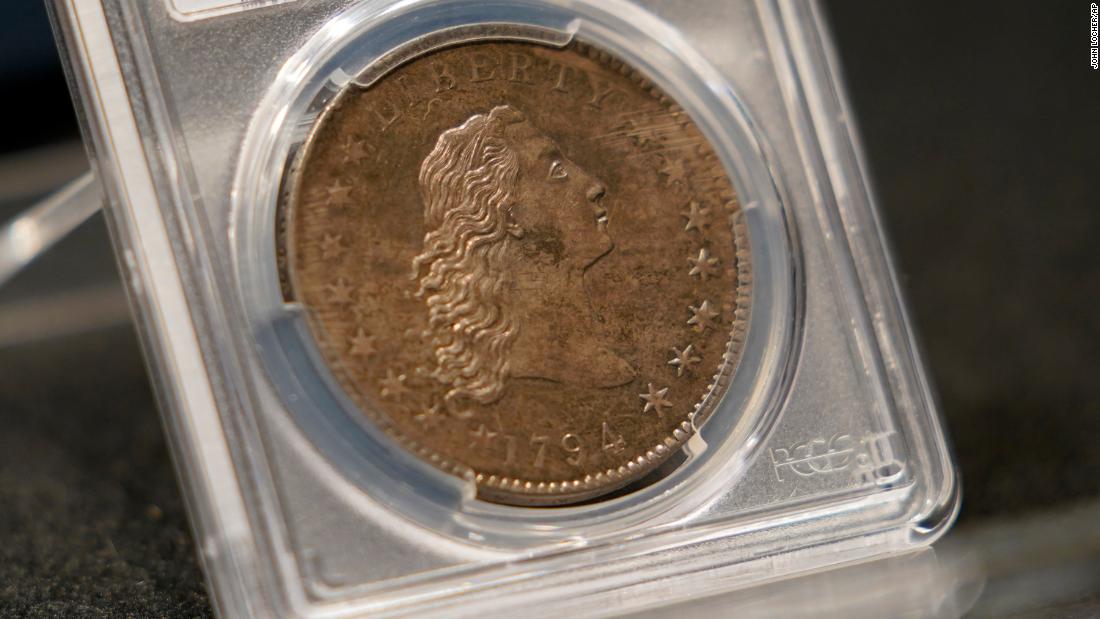 A rare 1794 silver dollar believed to be one of the first — if not the first — to be struck by the US Mint is going up for sale.

Dubbed the “Flowing Hair” dollar, the coin features a portrait of Lady Liberty on one side and an eagle on the other.

The last time it was up for auction, in 2013, it sold for $10 million — surpassing the world record for the most ever paid for a rare coin.

“This is a dream coin — a priceless artifact that I have been proud to own, and I’m very sorry to see it go,” Bruce Morelan, who owns the rare 1794 silver dollar, told CNN.

Morelan, a collector who is putting an assortment of historic coins valued at about $20 million up for auction alongside the silver dollar, added that, “It’s time to move