© Kent Nishimura/Los Angeles Times/TNS
The vineyards at the Somerston Estate Winery & Vineyards, photographed on Wednesday, September 30, 2020 in St. Helena, California. Wineries like Somerston are forgoing a 2020 vintage due to the ongoing wildfire season, which has seen two major wildfires in the region so far.


Since igniting outside of Calistoga on Sept. 27 and growing intensely toward Santa Rosa in its first 48 hours due to heavy wind gusts, the fire has now consumed at least 600 homes, Cal Fire’s Sonoma-Lake-Napa unit said in a Tuesday morning incident update. The state fire agency reports the blaze is now 66,840 acres and 50% contained. 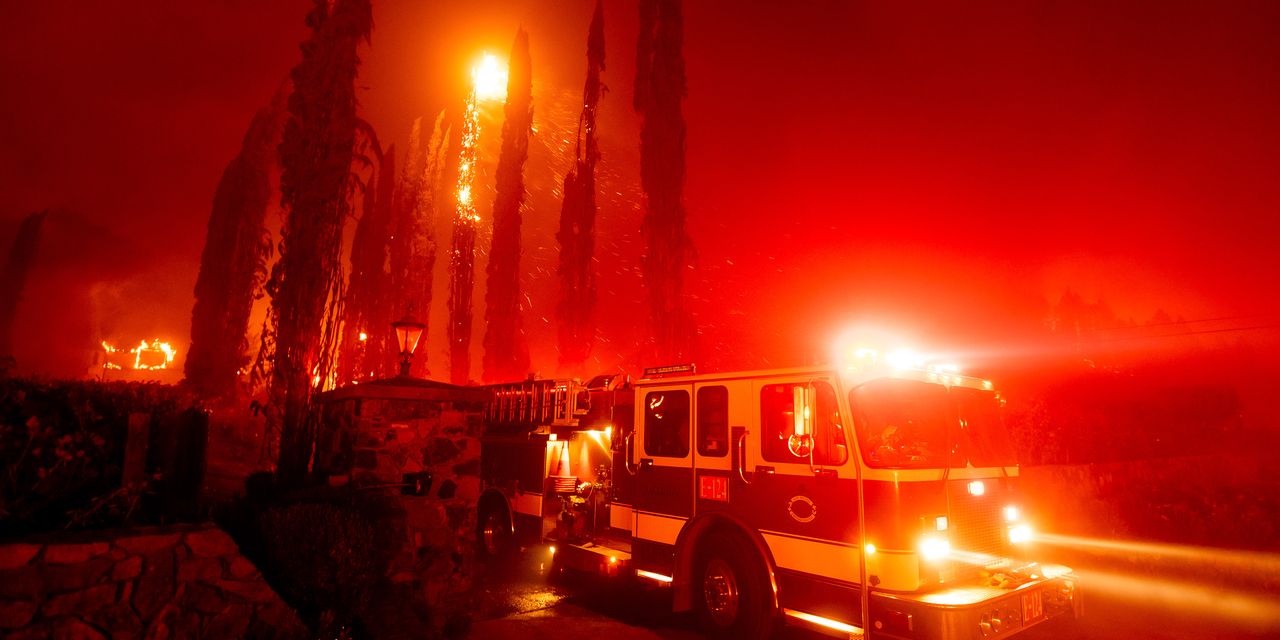 The fires that began Sunday in the famed Napa-Sonoma wine country about 45 miles north of San Francisco came as the region nears the third anniversary of deadly wildfires that erupted in 2017, including one that killed 22 people. Just a month ago, many of those same residents were evacuated