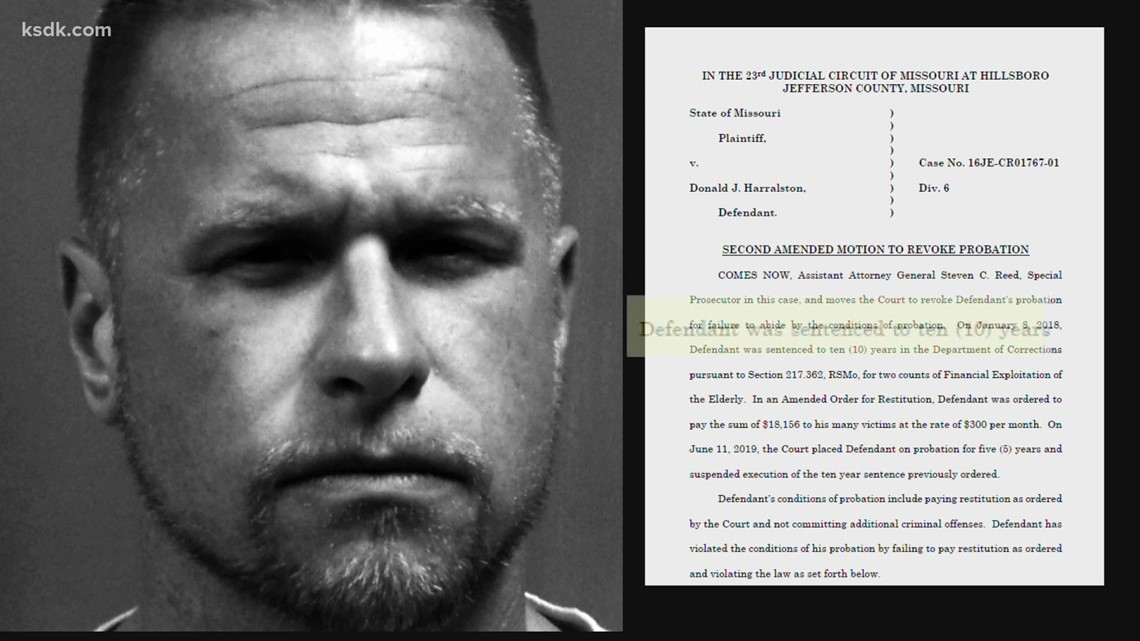 In 2017, he was sentenced to 10 years in prison for fraud in Jefferson County. Fewer than two years later, he was released and accused of scamming again

ST. LOUIS — A recommendation from a neighbor or friend can often seal the deal. Especially if you’re looking for a contractor.

It didn’t work out well for one Hazelwood man. He told the 5 On Your Side I-Team he had no idea his roofing contractor had just been released from prison for stealing thousands from his customers.

This spring when Justin McDonald found out his roof was leaking, he knew he needed to act fast.

“I was getting some water leak from a rainstorm,” said McDonald.

The lockdown had just started. Finding a contractor was tricky. So, McDonald felt lucky when his neighbor had a recommendation for him: Donald “DJ” Harralston with ‘Multiple Trade Solutions LLC’.

“[Harralston claimed he] worked with,

The notion that there is at least one book about any subject under the sun is given credence by a new release from STL’s Reedy Press:

Released on Oct. 1 and anchored by some never-before-seen photos, the book details the stations of the city fire department from the early 1800s to some still in operation today.

Historical note: The St. Louis department is the second-oldest professional fire department in the U.S. It was formed out of volunteer units in 1857, four years after Cincinnati.

Along with the photos, there are histories of the stations and information about the personnel who worked there and the types of equipment used.

The photos in the book also show some of the department’s more unique facilities, such as the Horse Hospital and the 1904 World’s Fair