ST. HELENA (CBS SF) — Across Wine Country a sense of normality was beginning to take grip early Saturday as major roadways closed by the threat of the Glass Fire were reopened, neighborhoods in St. Helena, Calistoga and Angwin repopulated, less smoke was visible on the horizon and utility crews were busy restoring electrical power to once evacuated homes.

As of Saturday morning, the Glass Fire burn zone had grown to 67,484 acres with 82 percent containment, but a once promising weather front and the showers it would produce, never arrived.

“Crews experienced minimal fire behavior throughout the night on the Glass Fire,” Cal Fire said in a Saturday morning update. “These conditions consisted of creeping and smoldering fire behavior within the current perimeter.”

There were a few mandatory evacuations still in place, but the majority had been either completely lifted or reduced to warnings that allowed residents to 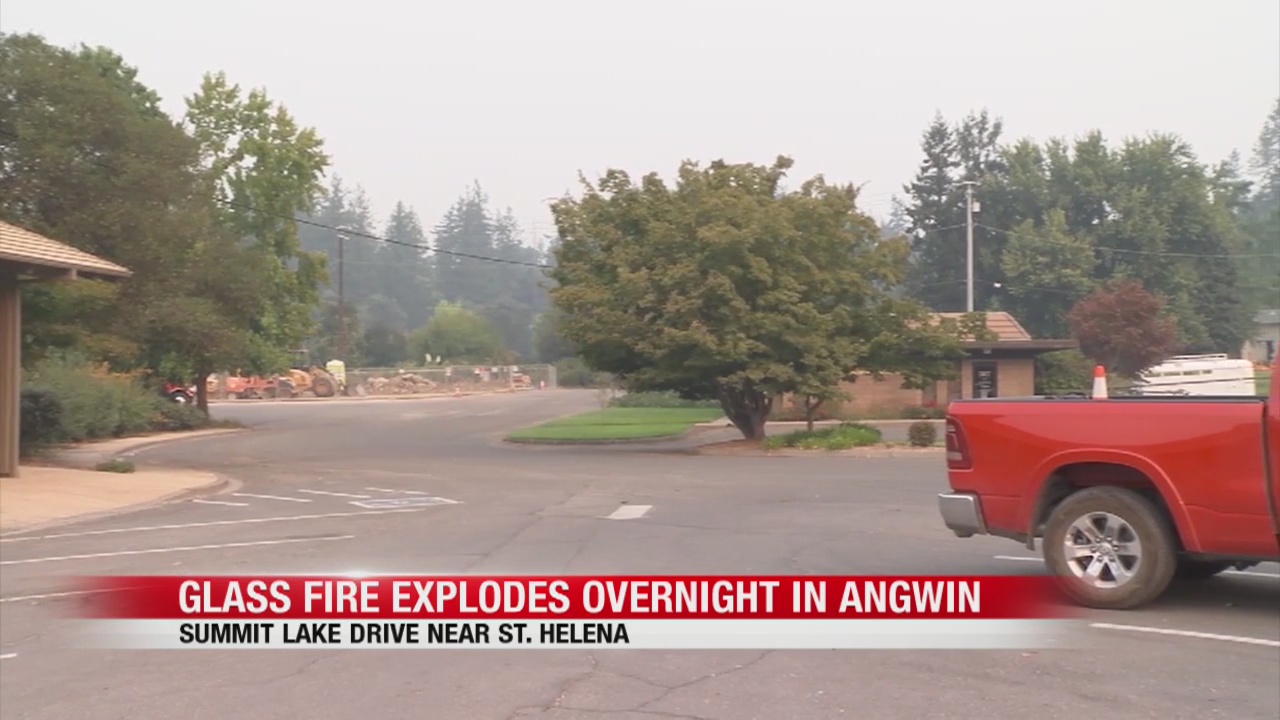 ANGWIN, Calif. (KRON) — The Glass Fire exploded near the small Napa County town of Angwin, where its residents were forced to evacuate.

On Thursday morning, firefighters were on scene in the windy, remote and rugged area where they were working hard to contain the flames overnight.

Subdued to embers, officials worry that the high winds will carry embers down to the homes in Angwin, just a few miles away.

CalFire is hopeful the fire stays along the hillside. Officials had to bring in tanker trucks to refill firetrucks with water due to the terrain of the area.

LOS ANGELES (Reuters) – Crews fought on Tuesday to defend homes and the famed Mount Wilson Observatory from California’s biggest and most dangerous wildfire, standing their ground at a major highway between the flames and populated areas.

The Bobcat Fire, which broke out Sept. 6 in the Angeles National Forest north of Los Angeles, has already blackened an area larger than the city of Atlanta and its rapid spread prompted worried law enforcement officials to call for new evacuations on Monday evening.

Once home to the largest operational telescope in the world, the Mount Wilson Observatory, which sits on a peak of the San Gabriel mountains near vital communications towers, said in an update that almost all the forest around it had burned.

Firefighters overnight kept the Bobcat from breaching containment lines near the observatory and were preventively burning vegetation ahead of the fire along state Highway 2, which runs