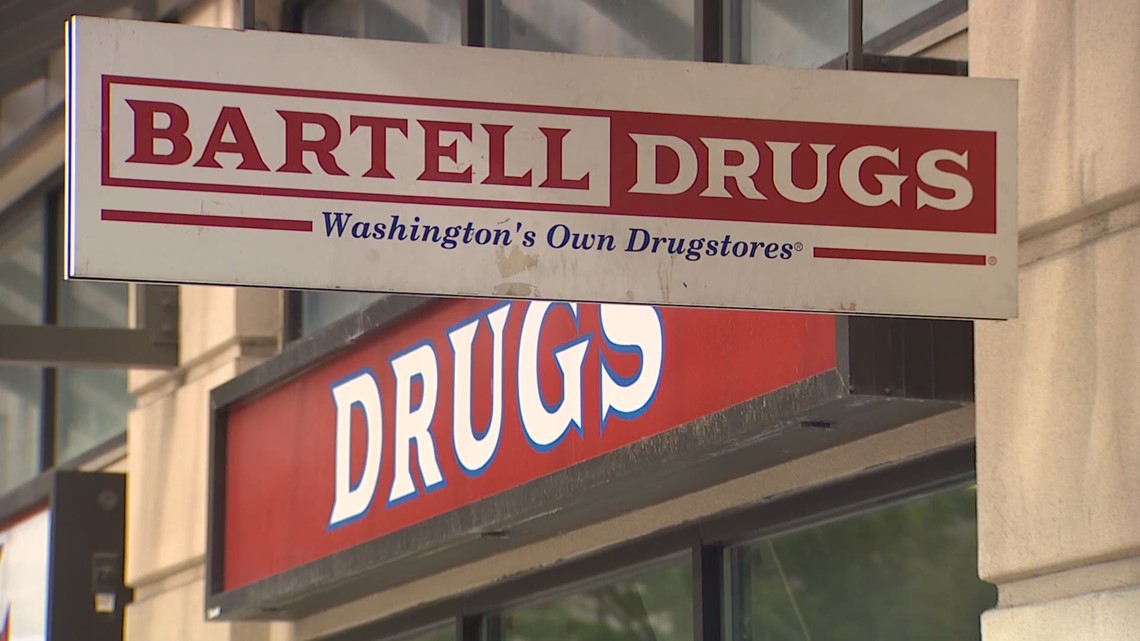 Bartell Drugs cited the rising costs of the coronavirus pandemic and Seattle business taxes as factors for the sale to Rite Aid.

SEATTLE — It’s the end of an era for one of Puget Sound’s longest running, homegrown companies.

The 130-year-old Bartell Drugs has been sold to Pennsylvania-based Rite Aid for $95 million in a deal that the two companies say will preserve the financial standing and brand name for the locally iconic drugstore chain.

Bartell Drugs’ history dates back to 1890 when George Bartell Sr. opened up his first pharmacy in Seattle’s Central District. It has expanded to 69 stores in King, Pierce and Snohomish counties.

Rite Aid, which has been a competitor in and out of the market, is a Fortune 500 company based outside Harrisburg, Penn. with more than 2,500 stores in 19 states.

The “definitive agreement,” as both companies called it, is expected to close in