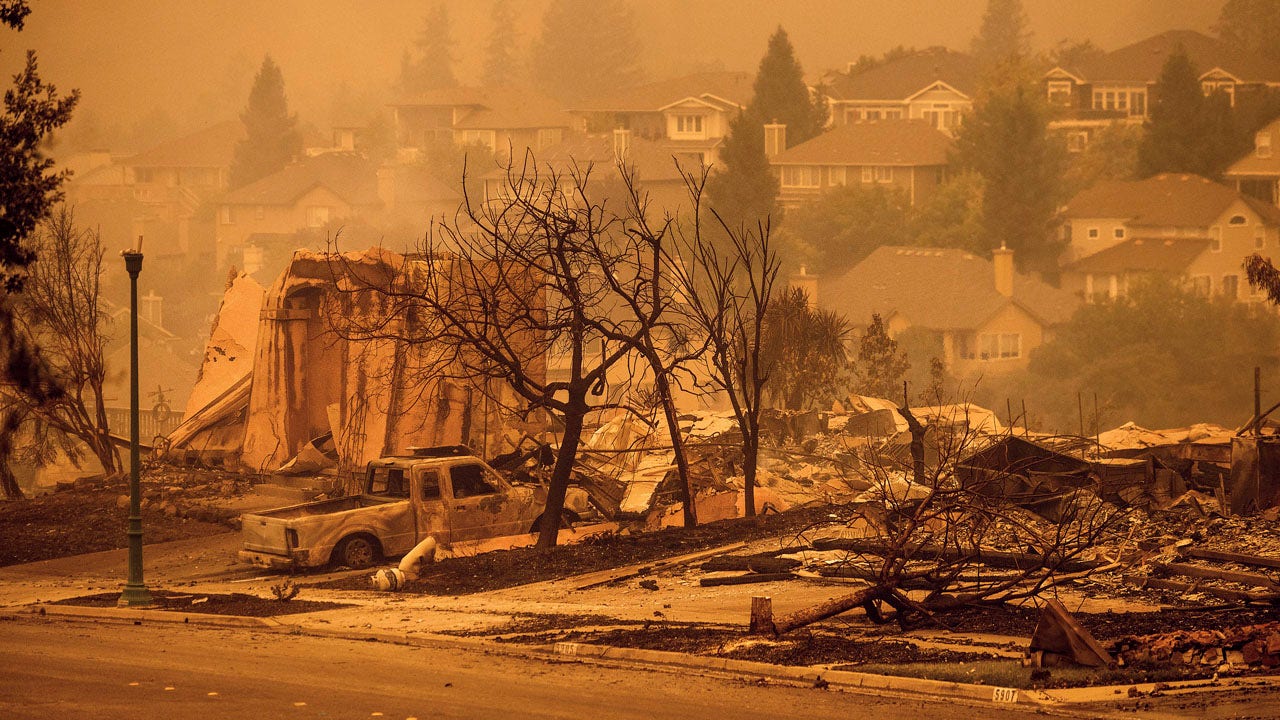 In this Sept. 28, 2020, file photo, houses leveled by the Glass Fire are viewed on a street in