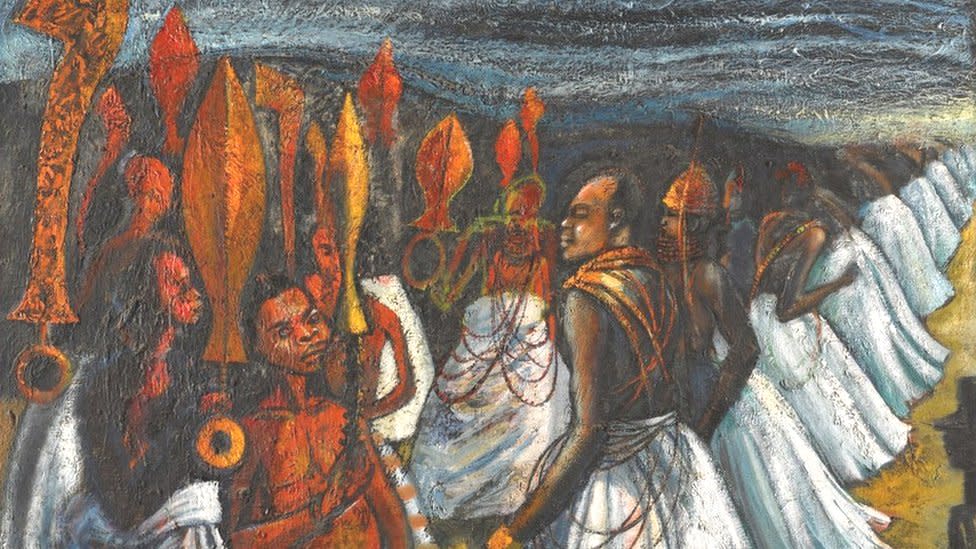 A previously unknown work by Ben Enwonwu, Nigeria’s most celebrated 20th Century visual artist, is up for auction in an online sale organised by Sotheby’s.

The Court of the Oba of Benin, thought to have been painted in the 1940s, is described as a “masterpiece” by the auctioneers, but was never documented and was held in a private collection.

It was created in the wake of Enwonwu’s apprenticeship with the bronze casters in the Nigerian city of Benin – the home of the famous Benin Bronzes.

The painting, which is one of his earlier works, shows a festival at the Oba’s palace and reflects the artist’s celebration of the culture of the area.

“Throughout his career, Enwonwu felt very strongly that a modern Nigeria should be rooted in its own heritage and history,” Hannah O’Leary, head of Sotheby’s African art department, told