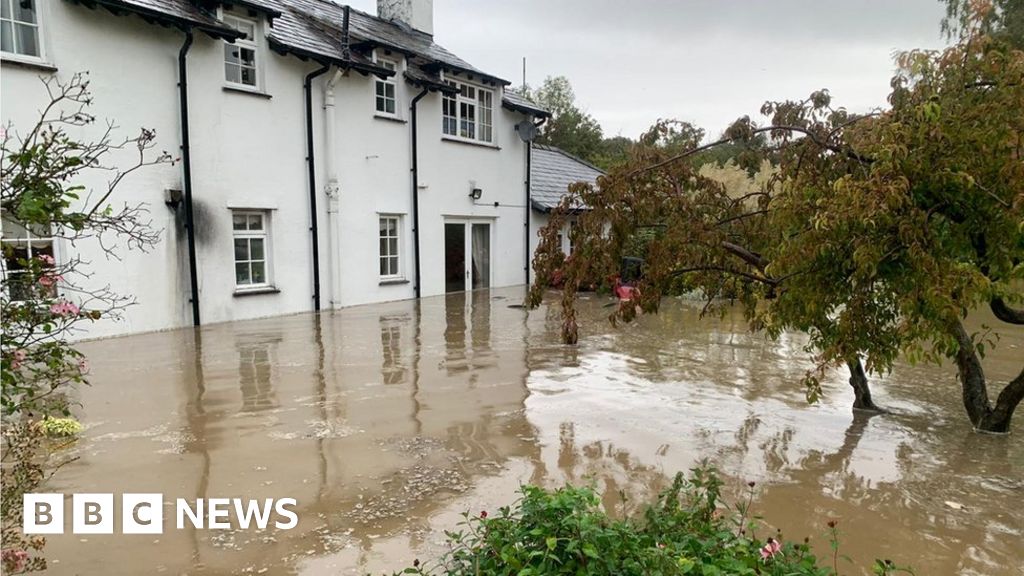 Homes have been flooded for a second time after a river burst its banks following heavy rain.

James Brown said his mother’s home and his neighbouring flat were flooded at Abergwyngregyn in Gwynedd on Sunday morning.

He said the properties were still being repaired after flooding in August.

Several flood alerts are also in place across Wales.

A Met Office amber warning for heavy rain was lifted on Sunday at 12:00 BST after covering large parts of Wales since Saturday morning.

Mr Brown said he could only drive through the area with a tractor.

“The river has broken over a bank in the field. It’s the second