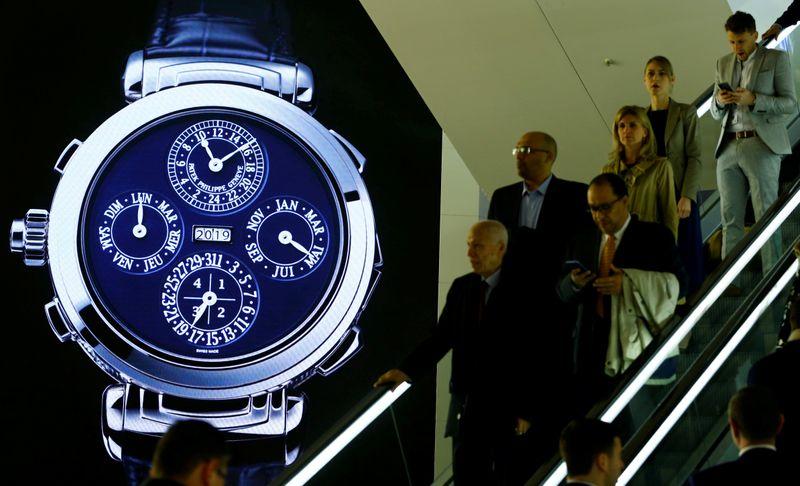 FRANKFURT/ZURICH (Reuters) – Acrotec, which makes components for watchmakers including Rolex and Patek Philippe, is being readied for a sale worth up to 950 million Swiss Francs ($1 billion) including debt by its private equity owner Castik Capital, three people close to the matter said.

Although the Swiss watch industry saw demand collapse during the COVID-19 pandemic as stores around the world closed and Chinese tourists no longer flocked to shopping hubs like Paris, sales have since recovered.

As a result, the Swiss maker of oscillating weights, escapements and shock absorbers for luxury watches is expected to launch an auction early next year, the sources told Reuters.

Castik and Rothschild ROTH.PA, which is working with it on the planned sale, declined to comment.

Acrotec, which also makes medical implants as well as high precision components for the electronics, aerospace and automotive industries, has annual earnings before interest, tax, depreciation and amortization of around 70 million Swiss Francs.

While some of the sources said they expect Acrotec to be sold at 8-10 times its core earnings, one said that the valuation will likely reach 11-13.5 times earnings before interest, tax, depreciation and amortisation (EBITDA).

Acrotec is expected to be marketed to large watchmakers as well as other private equity groups, the sources said. Its key are customers are monitoring the situation closely as they seek to secure supplies of components, one added.

Acrotec said in August that sales of its Watches & Jewellery unit fell 11% in the first half of 2020, compared to a 39.4% drop in export volumes of Swiss mechanical watches.

In total, revenues in the first six months decreased by 8.8% to 128.4 million Swiss Francs, it said.

Acrotec, which traces its roots back to 1857, was bought by Castik in 2016 at an enterprise value of 280 million Swiss Francs and has since grown through a series of acquisitions.