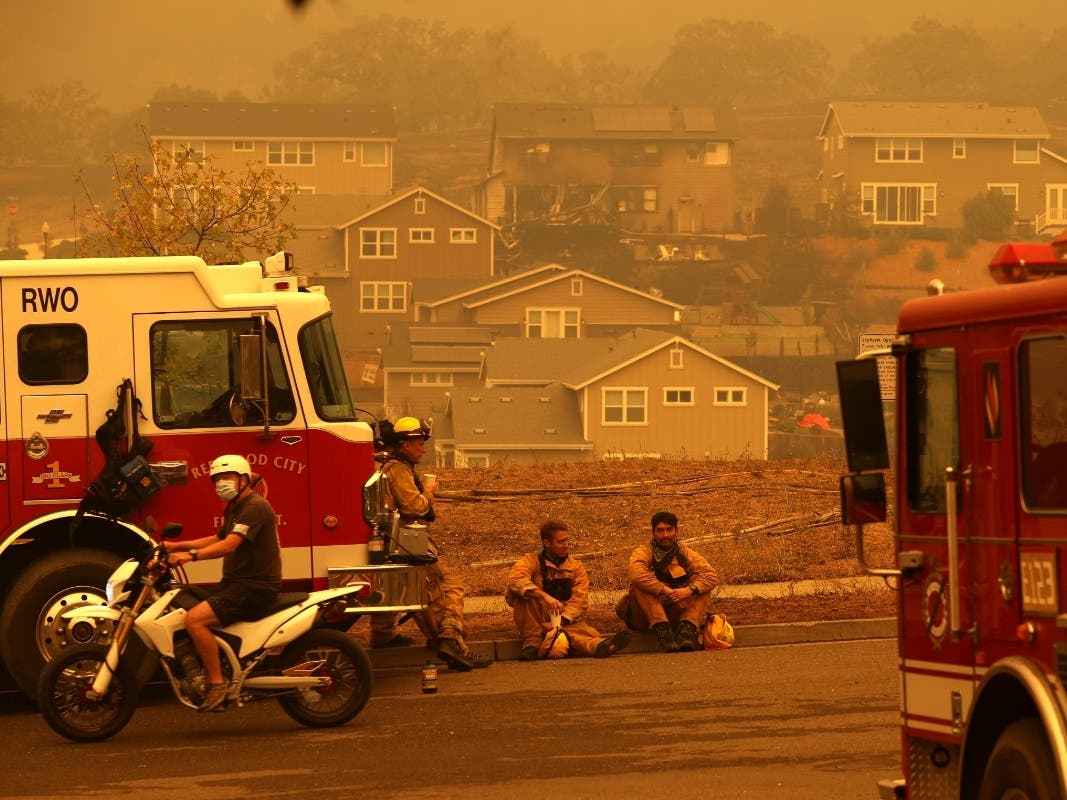 Some 22,310 structures remain threatened by the Glass, Shady and Boysen fires burning in the two North San Francisco Bay Area counties. Cal Fire confirmed at least 52 residences have been destroyed by the blaze in Napa County, while 28 homes have been lost in Sonoma County.

The blaze sparked early Sunday in the Deer Park area outside St. Helena, then spread to Sonoma County and into the city of Santa Rosa.

A state of emergency was declared for the two counties Monday by California Gov. Gavin Newsom, who also requested a presidential major disaster declaration in order to bolster response to the Glass Incident and other destructive wildfires across the state.

Sonoma County officials said 68,000 residents were under mandatory evacuation orders Monday, with at least six evacuation shelters operating, including at the Sonoma-Marin Fairgrounds in Petaluma and at the Petaluma Veteran’s Building.

Late Tuesday, the number of Sonoma County residents under mandatory evacuation orders was 14,388, while 19,655 were under an evacuation warning.

Some Evacuation Orders Lifted In City Of Santa Rosa

Evacuation warnings were lifted and residents of the following areas may return home at this time:

“Please keep in mind that you may be returning home to areas where fire-related power outages occurred,” Santa Rosa police said.

Meanwhile, evacuation orders were downgraded to warnings for the following zones in the city of Santa Rosa:

The following evacuation orders remain in place in the city of Santa Rosa: