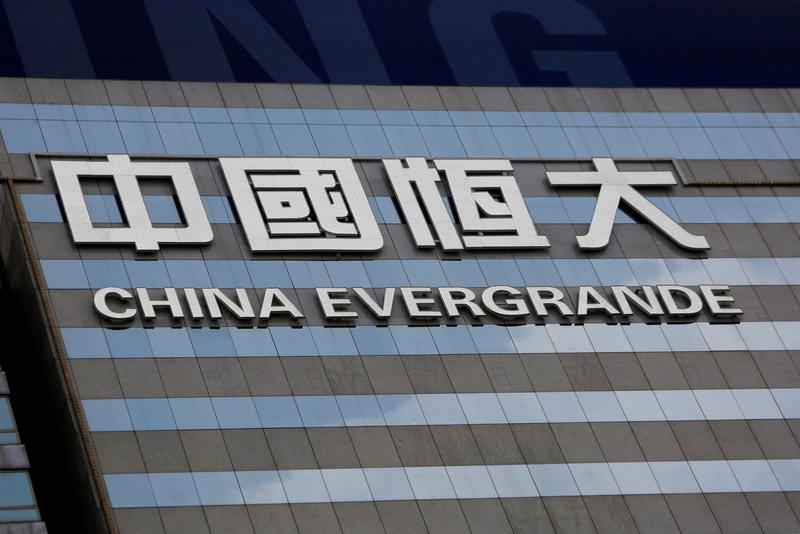 HONG KONG (Reuters) – China Evergrande Group, the country’s most indebted property developer, on Wednesday said it has raised $555 million in a secondary share sale, settling for half its initial target and sparking a 16% drop in its share price.

Evergrande has been scrambling to raise cash as China’s government tackles what it considers excessive borrowing in the real estate development sector with new debt-ratio caps.

Since August, the developer has raised $3 billion in pre-IPO funding for a property management unit, given a 30% discount on properties to boost sales, and reached a deal to stop investors asking it to repurchase their $12.66 billion holding of another of its units. This week, it conducted an onshore bond sale.

“The market is particularly concerned about high-gearing property developers, so even though the share discount this time was quite big, investor appetite was cold,” said Conita Hung, investment strategy director at Tiger Faith Asset Management.

The set price was a 14.7% discount to Evergrande’s closing price on Monday of $HK19.34. After the announcement, Evergrande shares were trading at HK$16.24 as at 0154 GMT on Wednesday.

Hung said while a liquidity crunch at Evergrande was unlikely, the market needs to see how else the firm is going to raise cash because it has already tapped several channels.

People with direct knowledge of the matter said Evergrande often set “ambitious” targets, and that investors in the deal were already familiar with the developer and not worried the firm would become insolvent.

“It’s too well connected,” said one of the people, who were not authorised to speak with media and so declined to be identified.

Market concern has mounted in recent weeks that Evergrande – whose borrowings totalled 835.5 billion yuan ($123.93 billion) at June-end – was headed for a cash crush if it could not get government approval for a backdoor listing in Shenzhen that has languished for four years.

But analysts including those at S&P Global Ratings said they did not see a risk of default as the firm has various fund-raising channels, including as much as 800 billion yuan in sales this year, domestic bond issuance and spin-off plans.

After completion of the subscription, Chairman Hui Ka Yan’s interest in Evergrande will fall to 70.32% from 71.72%.

Evergrande said in a stock-exchange filing the share sale would enhance its financial position and net asset base for long-term development and growth.