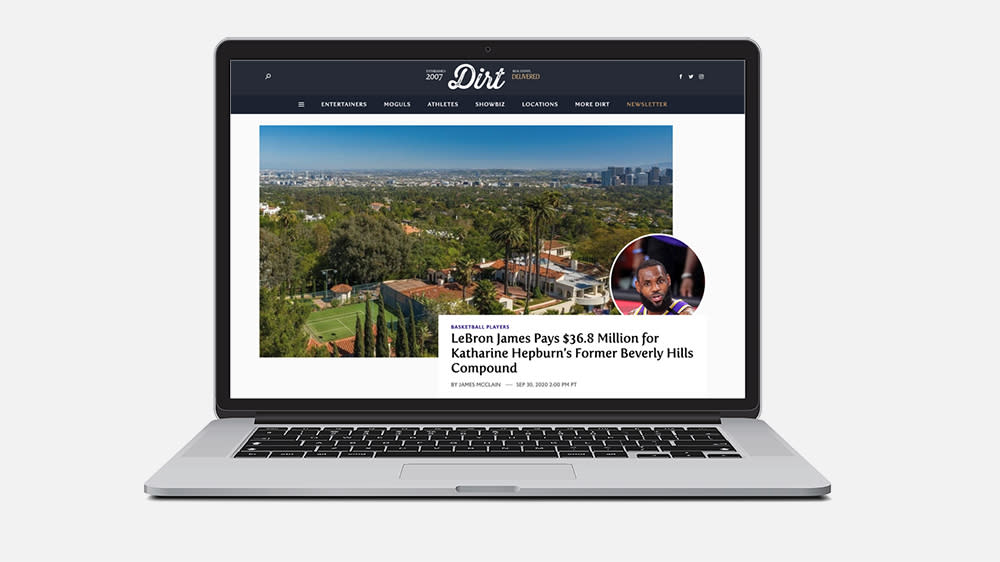 PMC real estate brand Dirt has partnered with producer Eric Schotz to develop an unscripted TV series based on the digital platform’s coverage of celebrity homes and real estate transactions.

The deal calls for Schotz’s Anvil 1893 production banner to work with Dirt writers and editors Mark David and James McClain on a program that looks at celebrity digs, from childhood homes to remote hideaways of the rich and famous. Schotz, David and McClain will serve as executive producers.

“There’s a natural curiosity about where certain people live and how they live that’s been with us since the first tours of movie stars’ houses started in 1935,” said Schotz. “Dirt makes that virtual ‘open house’ alluring and compelling every single week, and we see tremendous opportunity in harnessing the power of the brand. We’re excited to take audiences to some extraordinary and evocative homes and lifestyles they wouldn’t normally see.”

The untitled series will be shopped to a range of TV buyers. The show will focus on how homes reflect the rarified lifestyles of stars and heavy-hitters in entertainment, as well as notable figures in sports and pop culture.

“We recognize the broad appeal that aspirational real estate transactions have to our readers. We’re eager to utilize the authenticity of Dirt to treat viewers to the worlds of fascinating people, both in and beyond entertainment,” said Michelle Sobrino-Stearns,Variety group publisher and chief revenue officer, and associate publisher Donna Pennestri in a joint statement.

Schotz is a veteran producer and nine-time Emmy winner known for his modern-day takes on “Kids Say the Darndest Things,” for ABC and CBS, and TLC’s “The 7 Little Johnstons” and “The Little Couple.”

Schotz and Anvil 1893 are repped by UTA.