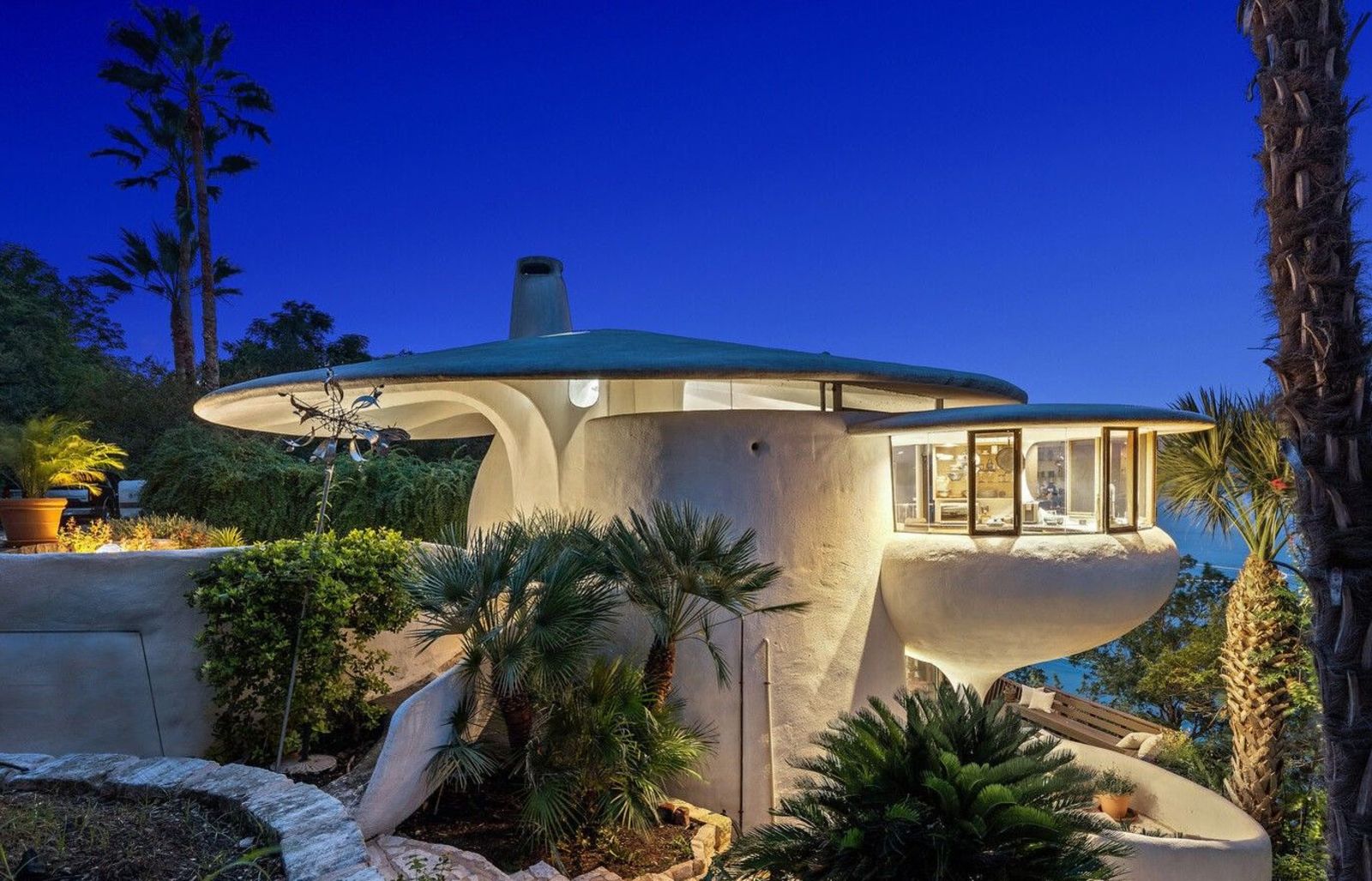 If only the curvilinear walls of the “Sand Dollar Home” or “Mushroom Home” could talk.

An iconic piece of architecture shaped in the form of a mushroom is now on the market near Austin, Texas for $2.2 million, according to the listing on Grossman & Jones Group.

In the spirit of the “Keeping Austin Weird,” this Lakeway home perfectly fulfills that vibe and was most recently featured on the Austin Weird Homes Tour, as first reported by Culture Map’s John Egan. You’re unlikely to find anything as otherworldly and unusual on the market in Texas as this lakeside abode — if you have a cool $2 million at your disposal, that is.

The unique Sand Dollar House is perched on a scenic bluff along the Colorado River by Lake Travis right outside of Austin. The circular home boasts a round top and is a 2,240-square-foot jaw-dropping piece of architecture. It features three bedrooms, 2 1/2 bathrooms, and offers sweeping vistas overlooking the lake.  There’s also a pathway from the property down to the shores of Lake Travis.

“It just seemed like the right time to move onto the next chapter and allow some other lucky individual to have an opportunity to call the Sand Dollar House home,” current owner Liz Bradford told Austin360.  Bradford and her family have owned the property since January 2018.

The home was designed in 1979 by Austin architect John Covert Watson, who served as Frank Lloyd Wright’s apprentice while he was building the Guggenheim Museum in New York, the listing said. It was originally built for Eugenia Hunt, but the lakeside home has had many other owners since that time.

“Organic modern architecture, the house is made of steel and gunite with sleek white curved walls throughout,” the listing said. “It was designed for the artist Eugenia Hunt as a second home and has been admired for decades by all who pass by it on the lake and look up in wonder.”

Some of the impressive features of the abode include a spiral staircase, a floating wood bench, a fireplace that “mimics a kiva,” and a stunning round kitchen accented by blue tiles, according to the listing.

“One of the home’s most interesting features is the fascinating spiral staircase with wood treads,” the listing reads. “When you look up to the teardrop-shaped skylights, it feels like you are inside a sand dollar.”