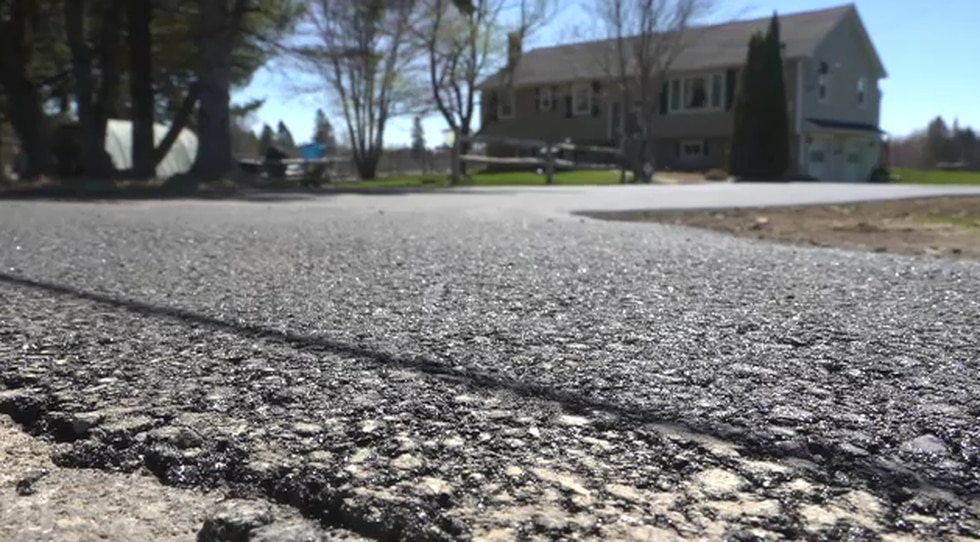 A friendly stranger pulls onto Mike Pratt’s property and promises that when chips are down, he’ll have a smoother driveway.

Sylvester Cooper, driveway contractor said, “Its tar and chip. We spread a high asphalt down and put the gravel over the top of it.”

Tar and Chip Asphalt Company rolls out a bargain for Mike.

All contractors doing business in Nebraska are required to register with the state labor department, but Tar and Chip Asphalt are not on the list.

Jim Hegarty with the Better Business Bureau said, “And we clearly know this particular contractor was not licensed to do this kind of work in our area. So, you would want references you’d want licensing information, you’d want to know they’re insured, they’re bonded.”

The Oklahoma contractor brought more than a sooner schooner to Nebraska.

“This country homeowner says the well-equipped crew and price convinced them to give it a try and they’ll find out through the winter if they got their money’s worth.”

But the contractor’s smooth answers had some rough edges.

The contractor says they’re originally out of Fremont, but that address has been a used car lot for seventeen years and not a residence according to the Fremont planning department.

The contractor said, “We were doing some of that nine that 09 we were doing couple driveways off that. That’s off of highway 09 on highway 09, yes sir right off of it.”

And the contractor’s price is rock bottom.

Mike Pratt asks, “Will you do it for seven.”

The contractor said, “I can’t lose money off it.”

Pratt said, “Well I worry about him being legitimate he just shows up and I’ve never called him.

Contractor, “Well it’s like this there’s good and bad in everything.”

But before leaving the contractor makes sure I remember his names.

The Better Business Bureau suggests calling them before paying a door to door contractor for a driveway.

Also, don’t be pressured into a quick decision. Check the Nebraska Labor Department website to confirm if the contractor or his company is registered. That’s an indicator if he carries insurance.