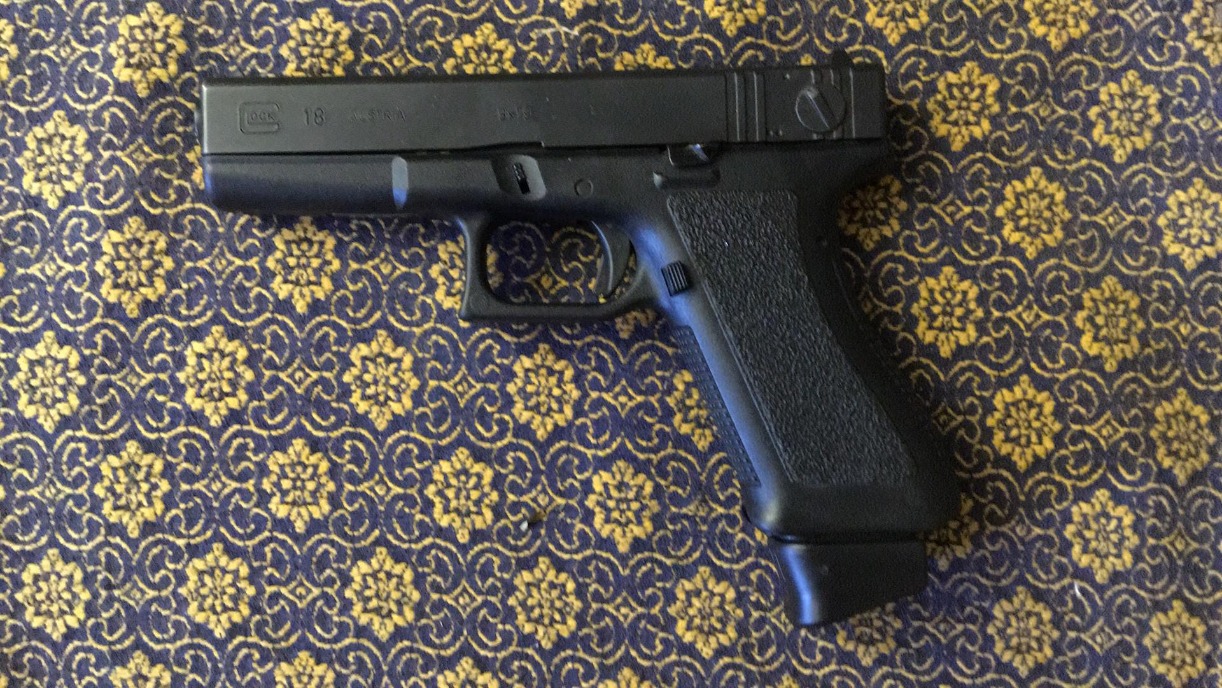 In February 1980 the Austrian Army issued a requirement for a new handgun. Gaston Glock, a knifemaker who made knives and bayonets for the army, decided to try his hand at the gun manufacturing business. After buying and trying many types of existing handguns, consulting with firearm specialists to see what they would like in a handgun, and a presumably a great deal of trial and error, Glock’s first pistol, the Glock 17, won the army contract for twenty thousand pistols.

Glock’s handgun design, an early adopter of the use of polymers to reduce weight, made the pistol relatively lightweight and easy to carry. The seventeen round detachable box magazine was much larger than most handguns of the time. Recoil from the nine millimeter ammunition was quite manageable. An emphasis on mechanical reliability made the Glock 17 an attractive choice for police and special operations units that used handguns as their duty pistol, especially in offensive roles.

In the mid-nineteen eighties Austria’s counterrorism unit Einsatzkommando Cobra, part of the Federal Ministry of the Interior, approached Glock and asked if the company could create a full auto version of the Glock 17. The company was successful and named the gun Glock 18, due to its similarity to the original gun but obvious differences. Technically the Glock 18 is a machine pistol, or a pistol-sized weapon capable of fully automatic fire.

The Glock 18 is dimensionally very similar to the Glock 17, with only a handful of differences. One difference is the presence of a turret-shaped selector switch on the right rear side of the slide. Turned clockwise up, the Glock fires in semi-automatic mode, and each pull of the trigger fires a single round. In this mode the Glock 18 is indistinguishable from the Glock 17 in operation.

While the Glock 17’s recoil is very manageable, a rate of fire for 1,200 rounds a minute was something else entirely. Early Glock 18s had ported barrels that vented gunpowder gases in a direction to counteract barrel climb. However, this increased overall pistol length and created a situation where the gas ports could catch on clothing while being drawn—not a great feature for undercover work. The Glock 18 also includes an optional wire frame shoulder stock to aid in accuracy.

A later version, the Glock 18C, has a two inch cut in the top of the slide to expose the barrel. Cut into the barrel are four chevron-shaped cuts designed to vent gases upward, countering the upward barrel rise when firing fully automatic. As a result the 18C has fewer surfaces to obstruct drawing, and at first glance doesn’t look any different than a semi automatic Glock.

The Glock 18 accepts typical Glock magazines, from ten to seventeen rounds, but a handgun with a rate of fire of 1,200 rounds a minute can empty a standard pistol magazine in a blink of an eye. In order to help feed the Glock 18’s voracious appetite the company released thirty-three round magazines. These longer magazines extend far past the magazine well, making the gun difficult to conceal but double available firepower.

Federal firearms laws regulating automatic weapons, for the most part, keep the Glock 18 out of civilian hands, although a handful of guns exist in the hands of shooting ranges and private collectors. The fully automatic pistol is available for police and government purchase in the United States but without the benefit of frequent, expensive training it’s difficult for even the largest police departments to justify the cost. This specialized weapon may be fun to shoot, but it has little practical value outside of units such as EKO Cobra. For the foreseeable future, the Glock 18 will remain a rarity that roars at 1,200 rounds a minute.

Kyle Mizokami is a defense and national-security writer based in San Francisco who has appeared in the Diplomat, Foreign Policy, War is Boring and the Daily Beast. In 2009, he cofounded the defense and security blog Japan Security Watch. You can follow him on Twitter: @KyleMizokami. This article first appeared last year.