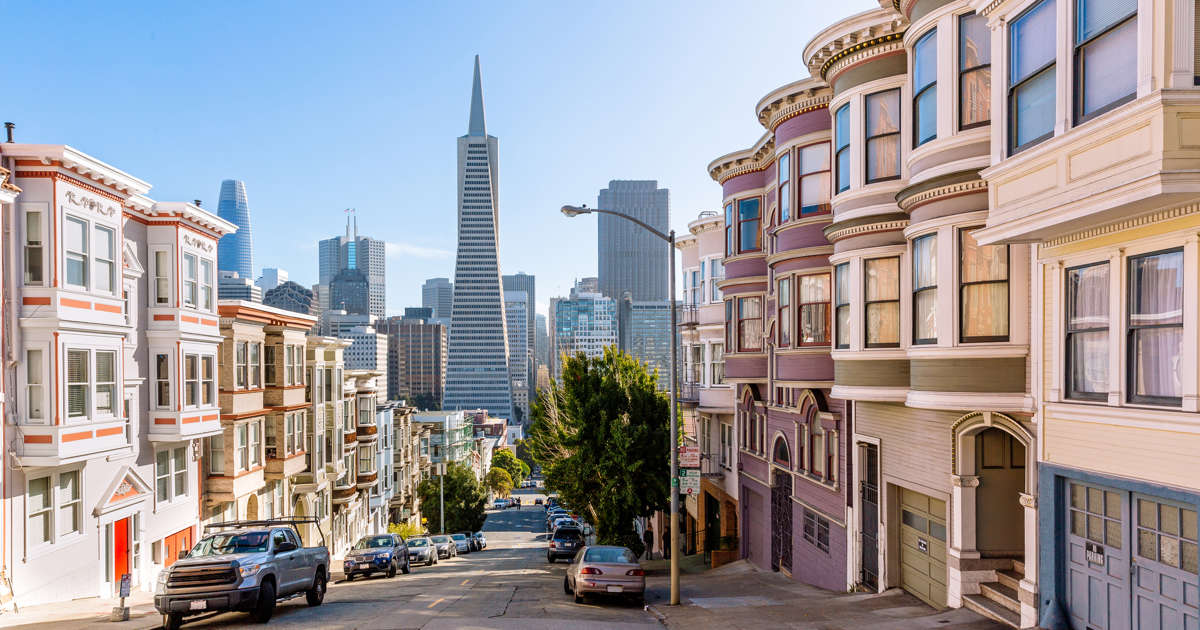 Over the next few weeks, the scaffolding will be erected at 301 Mission St. The sidewalks will be barricaded off. Pile drivers will start drilling the first of 52 concrete, 140,000-pound piles that will anchor the building to bedrock 250 feet below ground. The two-year project will relieve stress on soils that have compressed beneath the building, contributing to its unwelcome and unanticipated sinking.

“This plan halts settlement along Fremont and Mission Streets while allowing the building to level itself over time,” said engineer Ronald Hamburger of Simpson Gumpertz & Heger, who led the team that designed the plan.

The long-awaited remedy will correct an engineering flaw that swept up some of the Bay Area’s richest residents, including former San Francisco 49ers quarterback Joe Montana. The sinking building, and lax city oversight of building methods, raised questions about whether San Francisco officials were signing off on big-money projects without adequate scrutiny.

Perhaps the city’s poshest luxury condo tower when it opened in April 2009, the Millennium became notorious in 2016 when engineers monitoring its settlement discovered it had sunk 18 inches and was leaning 14 inches to the west. The flawed foundation sparked lawsuits from residents against the developer, Millennium Partners, as well as the architect and engineers who designed the concrete and glass building. Values plummeted. Banks stopped lending to the few buyers willing to take a chance in the building.

The start of work on the foundation fix was made possible by a legal settlement hammered out over two years, according to the Millennium Tower Association, the homeowners association for the building. The mediation was led by retired Judge Daniel Weinstein, Judge Ronald Sabraw and mediator Gerald Kurland, who assisted the parties in resolving all claims.

Millennium Partners spokesman P.J. Johnston said the developer, which has built two other downtown condo towers, was determined to reach a deal that was acceptable to all parties.

“A lot of companies might have tried to tie this up in court for decades and skip town, but Millennium Partners remained committed to this building, committed to the people who live there and committed to San Francisco, which is why we fought so hard to hold the mediation together and get a retrofit done.”

Details of the legal settlement have not been made public. A statement from the homeowners association said that the “project will be funded by the multiple parties who settled the homeowner claims and their insurance companies.” The developer has blamed the sinking on eroded soil from the construction of the adjacent Transbay transit center. The Transbay Joint Powers Authority, a public agency that built the transit center, was part of the settlement.

“The Transbay Joint Powers Authority is part of the global settlement,” a spokeswoman said, “however, continues to deny, in the strongest possible terms, that construction of Salesforce Transit Center caused excessive movement of the Millennium Tower. The settlement does not determine who caused the movement of the tower or assign any responsibility to the TJPA.”

Supervisor Aaron Peskin, who held a series of hearings about the tower’s problems, said that no city money was spent to pay for the fix or for the settlement.

“The crazy chapter of the leaning tower of San Francisco is coming to a close, and I have to say Millennium Partners ended up putting their money where their mouth is,” Peskin said. “They could have dragged this out for years but instead settled on a a very expensive fix and worked out agreements with the property owners.”

As part of the settlement, owners in the building were paid between 25% and 40% of the value of their units before the revelations of the building’s design flaws, according to residents. While the payments varied based on unit type and when it was purchased, the owner of a two-unit building that would have sold for $2.5 million in 2016 would probably have received a lump sum of at least $625,000, and possibly more.

Charles Gehring, a financial adviser who has owned in the building since 2010, called it “a fair compensation.”

“My wife and I are happy,” he said. “It’s a period of renewal for the building. There is a sense of relief but also excitement for the future.”

It will probably take a while for prices to rebound, particularly with the emptying out of downtown because of the pandemic. Six units have closed in 2020, all but one of those deals finalized after the plans for the fix were made public. There are 10 units on the market, half of which have had price cuts. One unit that sold for $2.9 million in 2014 is currently listed at $2.2 million.

Sotheby’s broker Gregg Lynn said prices in the building have bottomed out, but units are still selling at 33% to 50% what they would have sold for in 2015. Lynn is representing the seller of a 900-square-foot unit in contract for $1.59 million, or $875 a square foot. The unit would have been fetched at about $1,500 a square foot in 2015.

“All the downtown condo buildings have a COVID discount right now, but the Millennium Tower has a COVID discount and a leaning tower discount,” Lynn said. “The leaning discount will disappear, which will lead to considerable upside.”

Compass Real estate broker James Testa, who lives in the tower and has several listings in the building, said the downtown condo market is soft but “very savvy buyers have been calling me because they realize the potential for appreciation.” He said he expects several banks to start lending on the building again as soon as construction starts on the fix.

“This has been such a long haul,” Testa said. “It would be hard to compensate us for the hell we went through, but we are starting the fix and we are all thrilled.”

As part of the settlement, the HOA receives ownership of two commercial spaces on the ground floor, one occupied by Bank of the West and the other by International Smoke, the restaurant owned by celebrity chef Ayesha Curry. With the settlement, the homeowners will have the money to renovate common spaces like the owners lounge and kitchen as well as buy new furniture for the terraces and gym equipment for the club level, according to HOA President Howard Dickstein.

“There are improvements that need to be made that couldn’t be made during the litigation,” he said. “Significant effort will be made to bring the building back to the highest level of luxury.”