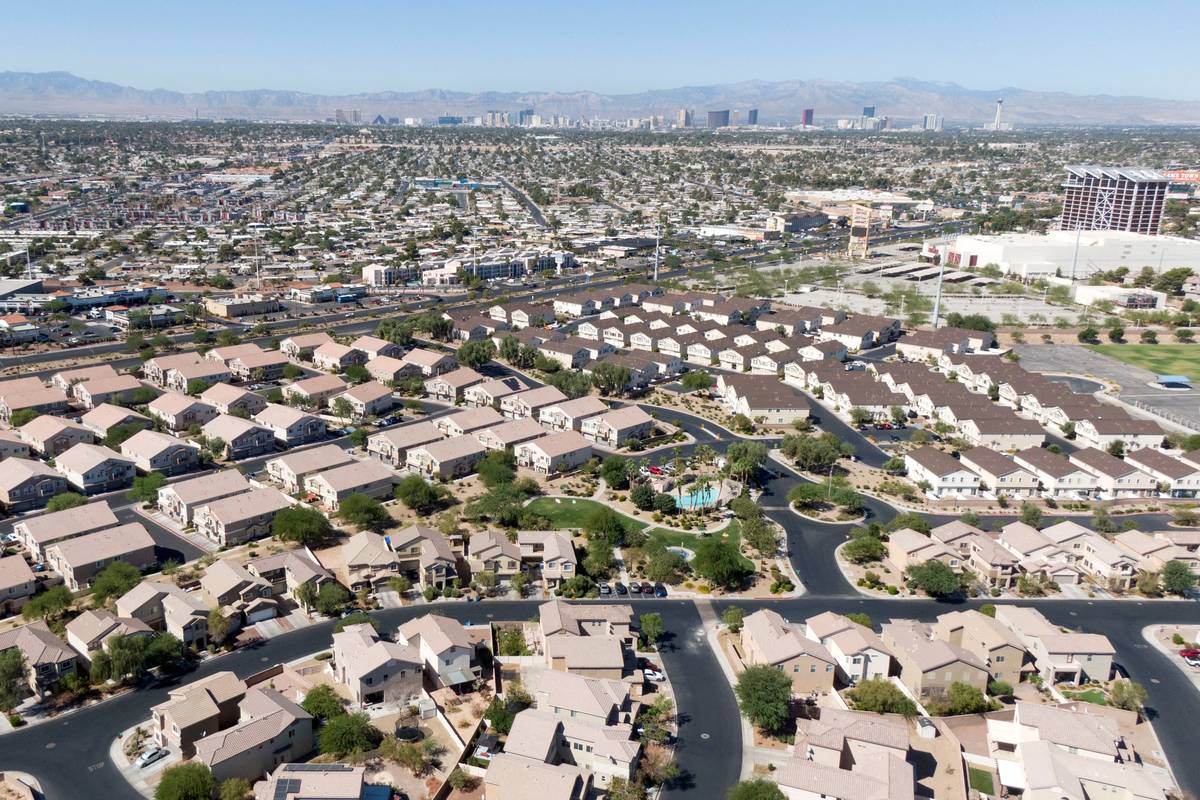 The median sales price of previously owned single-family homes – the bulk of the market – was $337,250 in September, up 0.7 percent from the previous record, set in August, and 8.8 percent from a year ago, according to trade association Las Vegas Realtors.

Las Vegas’ tight inventory eased a bit, as 4,798 houses were on the market without offers at the end of September, up 3.4 percent from the end of August. But the tally of available listings was down 34.6 percent from September of 2019, LVR reported.

The association pulls data from its resale-heavy listing service.

“Local home prices keep setting records, which is really remarkable when you think about all the challenges we’re facing,” LVR President Tom Blanchard, a broker with Renters Warehouse, said in a news release.

Las Vegas’ housing market has heated up in recent months despite the severe economic fallout from the coronavirus pandemic, which has devastated the tourism industry, Southern Nevada’s main financial engine, and sparked huge job losses.

By all accounts, record-low mortgage rates have provided much of the fuel by letting homebuyers lock in lower monthly payments.

Before the pandemic shut down much of the economy, Las Vegas house prices hit a then-record-high of $316,000 in February.

It took more than 13 years to reach that new peak, as Las Vegas’ previous record median, $315,000, was set in June 2006 during Southern Nevada’s wild housing bubble.

After the bubble burst and the economy fell into the Great Recession a decade or so ago, local home values cratered. According to LVR data, the median sales price for a single-family home hit bottom in January 2012 at just $118,000.