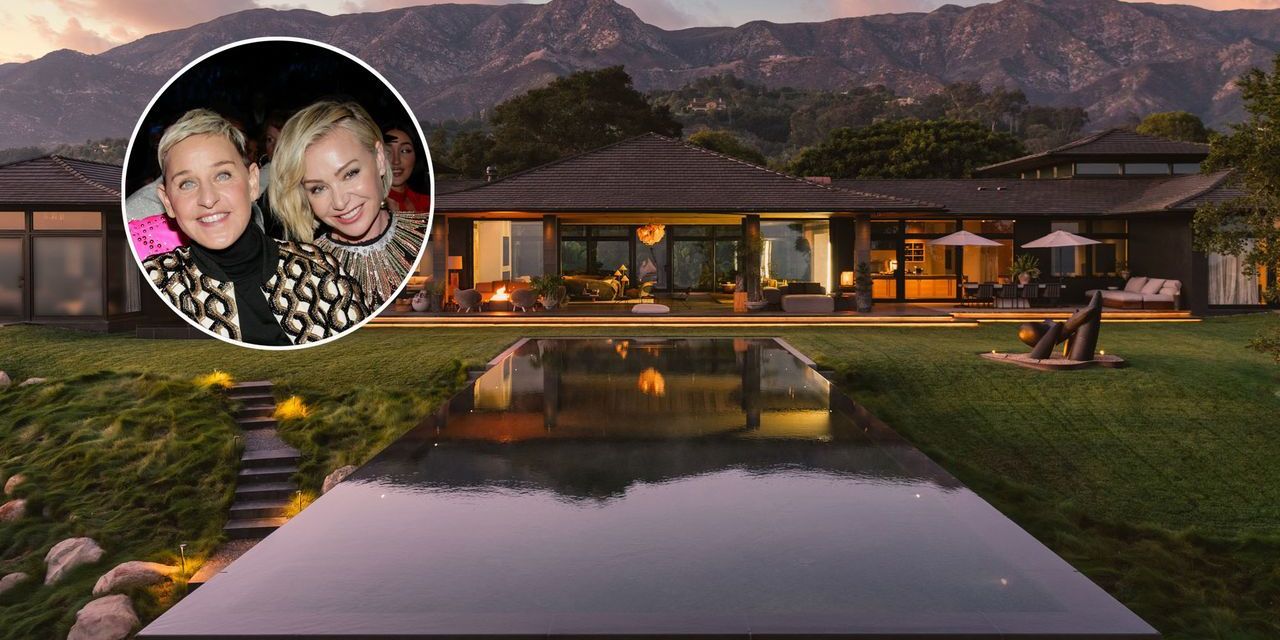 Described as “warm and modern, timeless and utterly cool,” the pair appear to have spent their two-year tenure renovating and expanding the property by adding an acre of land, bringing the compound’s footprint to more than nine acres, according to the listing with Riskin Partners Estate Group, the luxury division of Village Properties.

Robert Riskin
, partner at the firm, declined to comment on the listing.

The four-bedroom main home is loaded with natural materials—including statement wooden ceilings—and soft, muted palettes, design traits that have become a hallmark of the pair’s properties.

There are also walls of glass that look out over the nearby ocean and mountains and expansive covered terraces for easy indoor-outdoor living.

The vast, verdant grounds hold the property’s guest house, a cabana that doubles as a home gym, a security office, a pickleball court, a pond and an eye-catching infinity pool that overlooks the ocean.

From Penta: Facing Loss of Tourists, Bahamas Resorts Give Back to Their Communities

Ms. DeGeneres
, 62, who has become so well known for her real estate dealings she could add “property tycoon” to her extensive entertainment resume, has spent the past few months embroiled in controversy surrounding her eponymous daily talk show, facing allegations of fostering a toxic work environment.

Ms. de Rossi
, 47, is best known for starring in the sitcoms “Arrested Development” and “Better Off
Ted
.”

A publicist for the pair could not be reached for comment.