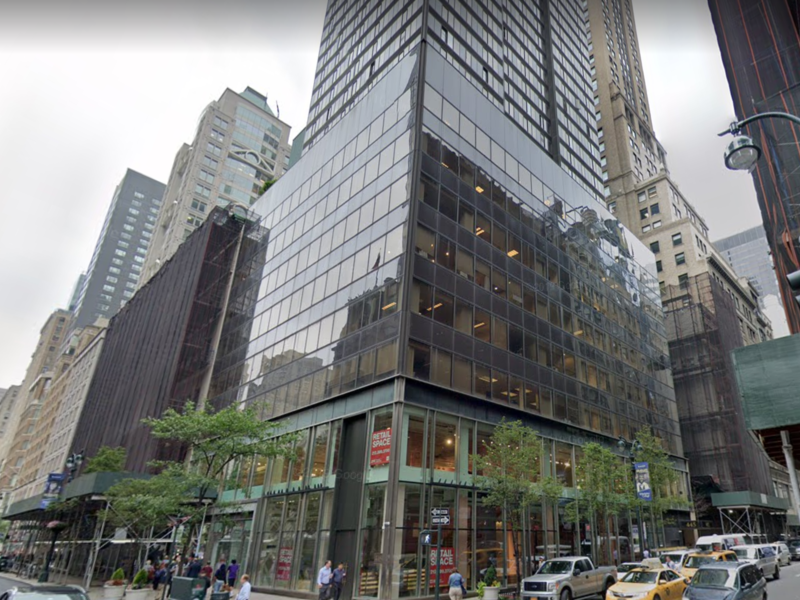 Payments were due on the 10th of each month, but when HGI missed its May payment, the bank took the cash out of the reserve fund; HGI never restored the balance. Reserves are typically used to supplement mortgage payments when the borrower can’t pay the full monthly amount and must be replenished to a minimum amount depending on the size of the loan. It is a practice similar to that of residential landlords who use security deposits when tenants don’t pay rent.

May 22 CIBC let the property owner know it had defaulted, but HGI has yet to make a payment. The investment firm “lacked sufficient revenue” to make the monthly payments, according to the complaint.

“New York retail properties are facing serious challenges due to current market conditions, where rents have dropped significantly,” said Richard Litton, HGI’s president. “We believe in the long-term prospects of this property and will continue to work with our lender in a cooperative fashion on a mutually agreeable resolution.”

The 18,371-square-foot building, which is divided into three retail spaces, lost major tenant Charming Charlie to bankruptcy in 2018, Litton said. It is unclear whether the space was refilled, though Newmark Knight Frank is marketing a 2,200-square-foot ground-floor unit at the building for lease; the listing says it was formerly Charming Charlie.

HGI is also on the hook for a $225,000 broker’s fee payable to the Dartmouth Co., which filed a mechanic’s lien against the property in August for nonpayment after helping HGI lease up the space, the complaint said. Dartmouth declined to comment.

The firm still has three weeks to come up with the money before CIBC is allowed to move forward with foreclosure proceedings. Commercial foreclosures and evictions are banned at least until Oct. 20 by an executive order signed this month by Gov. Andrew Cuomo.