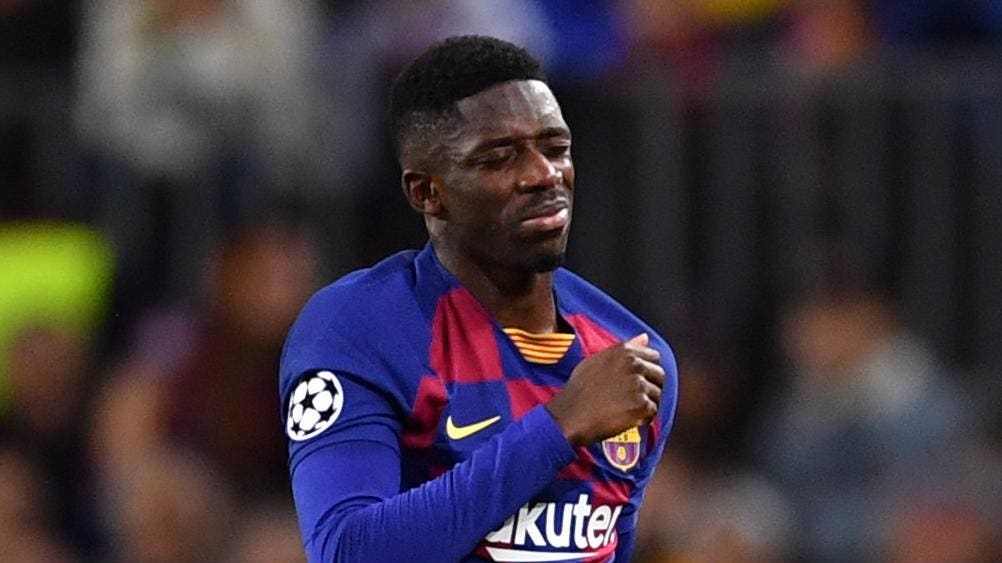 FC Barcelona will put Ousmane Dembele up for sale in January, unless he gives into one of their demands.

Joining from Borussia Dortmund for a fee of €105mn in 2017, the winger is clearly talented but has failed to make an impact at the Camp Nou.

Scapegoated for missing an easy chance in the first leg of the 2018-2019 Champions League semi-finals against Liverpool, the 23-year-old pulled up injured in the same competition in November last year when facing his former employers.

Managing just 20 minutes’ worth of competitive play since due to injury, there are rumors of growing discontent with Dembele behind the scenes at the Blaugrana.

In refusing to join Manchester United on loan, the World Cup winner inadvertently put the kibosh on an approach for Memphis Depay.

The Lyon target man had long been fancied by coach Ronald Koeman, given that Barca have been left without a striker following the departure of Luis Suarez, yet Financial Fair Play rules would have been breached if Dembele didn’t also exit.

Dembele’s turning down of the Red Devils comes with one important caveat, however, in that Barca wanted the Frenchman to extend his contract by another year before heading to Old Trafford.

And now, with a summer 2022 expiry date drawing nearer, SPORT report that the Catalans’ higher-ups will meet with Dembouz and his representatives and offer them an ultimatum.

Put simply, the forward must agree new terms or will be put on the market as soon as the January transfer window, with potential suitors including Juventus.

At the turn of 2021, Koeman will apparently reignite interest in Depay and Manchester City central defender Eric Garcia – both of whom will be free agents in under six months from that point.

Until then, Dembele seems eager to win Koeman round.

The Dream Team legend has publicly confirmed that teenage wonderkid Ansu Fati is ahead of him in the pecking order, but while the majority of his teammates are on international duty, Dembele has reported for training despite being given time off and will continue to do so over the course of the weekend.

Away at Getafe when club soccer resumes a week on Sunday, maybe he might be offered more than a bit-part cameo when the scoreline has already been settled as a reward for his dedication.