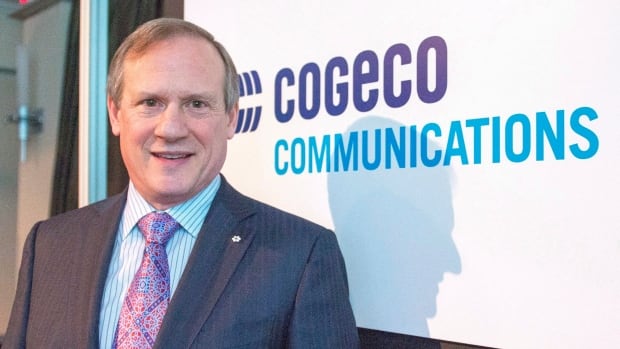 Cogeco Inc. and Cogeco Communications Inc.’s largest shareholder and chairman is rebuffing any notion that he and his family would let go of their stake in the telecommunications companies.

“Our shares are not for sale. And let me be clear, our refusal is not a negotiating position, it is definitive,” Louis Audet wrote in a statement released Monday.

The statement was made on behalf of Gestion Audem Inc., a company run by his family that holds a controlling stake in the Cogeco businesses.

It comes after New York-based Altice USA Inc. made an unsolicited, $10.3-billion bid for the Montreal-headquartered Cogeco companies last Wednesday.

Altice also brokered a side arrangement that would have seen Rogers Communications Inc. buy Cogeco’s Canadian assets for $4.9 billion and an earn a much stronger foothold in the Quebec market.

“There is no question of letting this Quebec company move its head office to Ontario,” Legault said Wednesday during a radio interview with FM93, a Cogeco-owned station.

Rogers later promised in a Friday release that it was still dedicated to Quebec, which Cogeco has called home for more than six decades.

“Upon successful completion of a Cogeco transaction, Rogers would ensure that Cogeco’s headquarters and management team remain in the province, including the operations of the company’s Quebec-based media assets,” the company said in a release.

Rogers emphasized that it has a 35-year history in Quebec and purchased wireless service provider Fido in 2004, keeping its headquarters in downtown Montreal.

It didn’t appear to sway Audet, whose father launched Cogeco in Trois-Rivieres, Quebec 63 years ago.

His Monday statement added, “My family, in cooperation with our boards of directors and management team, takes great pride and satisfaction in our long-term vision for the continued growth of Cogeco and the ownership structure that makes this long-term vision possible.”