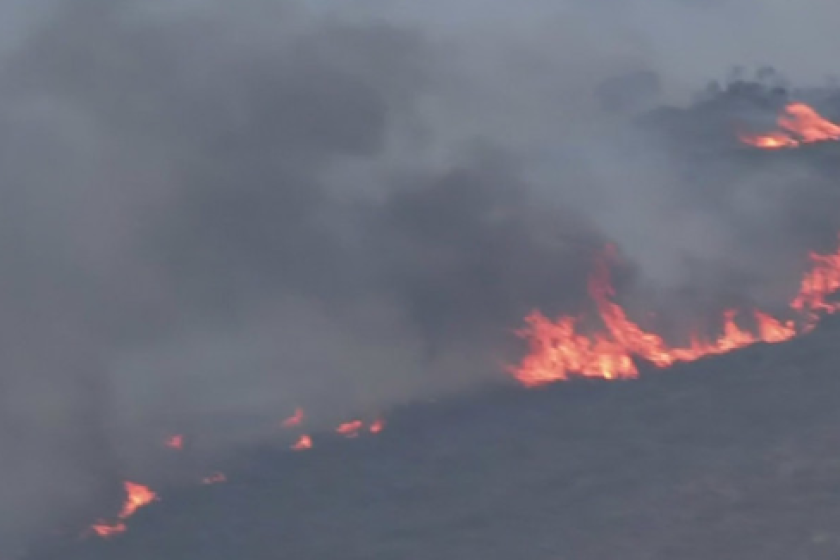 The Los Angeles County Fire Department ordered residents to evacuate about a dozen homes south of Bouquet Reservoir, between the dam and mile marker 11.5. Authorities issued an evacuation warning for the area south of mile marker 11.5 to Texas Canyon Fire Station. Some structures are threatened by flames, fire authorities said. Bouquet Canyon Road is closed between Vasquez Canyon and Bouquet Reservoir.

The National Weather Service issued a red flag warning for the Los Angeles and Ventura county mountains and the Santa Clarita Valley, noting the conditions could last for several days.

The warning includes the potential for “rapid fire growth and extreme fire behavior if ignition occurs” as well as the threat of smoke plumes and heat-related illnesses.

But it’s the combination of variables that is the greatest concern as a new heat wave bears down on the region: The forecast calls for gusty Santa Ana winds up to 40 mph, humidity levels in the teens and single digits, and temperatures in the valleys as high as 100 degrees by Wednesday and in the 90s in some coastal areas.

A heat advisory will be in effect from 10 a.m. Tuesday to 8 p.m. Thursday throughout much of the region, and the National Weather Service is urging residents to take extra precautions when spending time outside.