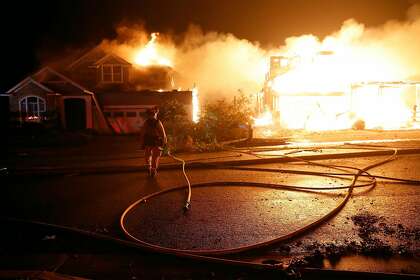 • Why already scorched areas can remain vulnerable to new fires.

• Fifth & Mission podcast: Reporter Matthias Gafni talks about an uncomfortably close call late Sunday night as he followed a city bus through flames of the fast-moving Shady Fire as the bus evacuated residents of the Oakmont Gardens Senior Home in Santa Rosa.

‘How do you replace the history?’ 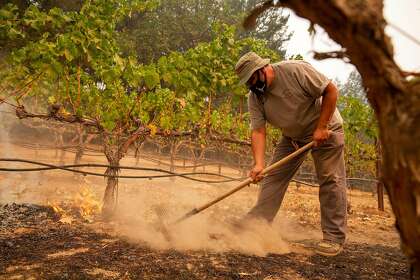 It’s a nightmare scenario for a year that was already a very bad dream for the Napa Valley wine industry.

At least 143 Napa County wineries were within evacuation zones, according to the county’s Office of Emergency Services; most owners are still waiting to see how their vineyards fared.

Napa weathered another large fire in August and has been dealing with the repercussions of lingering wildfire smoke, which can ruin wine grapes. A number of vintners in Napa and Sonoma counties have even said that they won’t make any wine in 2020 due to smoke damage. Now they face losing more than a single year’s harvest.

• Photos from inside the Glass Fire.

• What you need to know about insurance for your losses.

A way into Cal?

University of California Regent Richard Blum, the husband of Sen. Dianne Feinstein, wrote UC Berkeley Chancellor Carol Christ in support of admitting the relative of a family friend, and suggested to her that the applicant might donate money to the campus after graduating, new records reveal.

The emails, released by California’s independent state auditor as part of a Chronicle request for public records, also reveal a cozy relationship between the admissions office and the UC Berkeley Foundation responsible for raising money.

Blum’s email suggests not only that he violated UC policy but that UC Berkeley also broke the rules simply by accepting the recommendation, Nanette Asimov reports.

• Post-season bubble: In something of a surprise, the A’s are going with a rookie, and a left-hander at that, in Game 1 of the wild-card series against the White Sox. Ann Killon: A’s in 2020 have dealt with the coronavirus, bad air and MLB’s disrespect. Newsletter: Sign up for the A’s Plus newsletter as the Athletics start the postseason.

• Who is this debate for? John Wildermuth reports what to expect from a “regular” presidential debate in a most irregular year. More: Kamala Harris puts health care at center of Supreme Court fight over Amy Coney Barrett.

• Worrisome California coronavirus sign: Reproduction rate — the average number of people to whom each infected person spreads the coronavirus — is creeping up. Podcast: Fifth & Mission looks at coronavirus inequality in the Mission District.

• ‘The Man with the Plan’: Bob Passmore, S.F. planner instrumental in rezoning downtown, dies at 86. 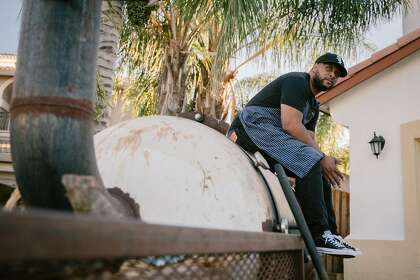 On the latest episode of “Extra Spicy,” Matt Horn, the pitmaster and proprietor behind Horn BBQ, talks about his journey from cooking in a backyard in Tracy and putting on a roaming Bay Area pop-up to opening a highly anticipated brick-and-mortar space in Oakland.

Horn’s Texas-style barbecue has become the stuff of legend, earning him regional and national acclaim, as well as a spot on this year’s Top 88, The Chronicle’s list of top Bay Area restaurants.

Hosts Soleil Ho and Justin Phillips break down why Matt Horn’s barbecue — from his tender smoked brisket to his extraordinary attention to detail — has always been worth the wait.

More podcasts from The Chronicle:

It’s All Political: Rep. Adam Schiff — what a post-Trump world could look like.

Bay Briefing is edited by Taylor Kate Brown and sent to readers’ email inboxes on weekday mornings. Sign up for the newsletter here, and contact Brown at [email protected]