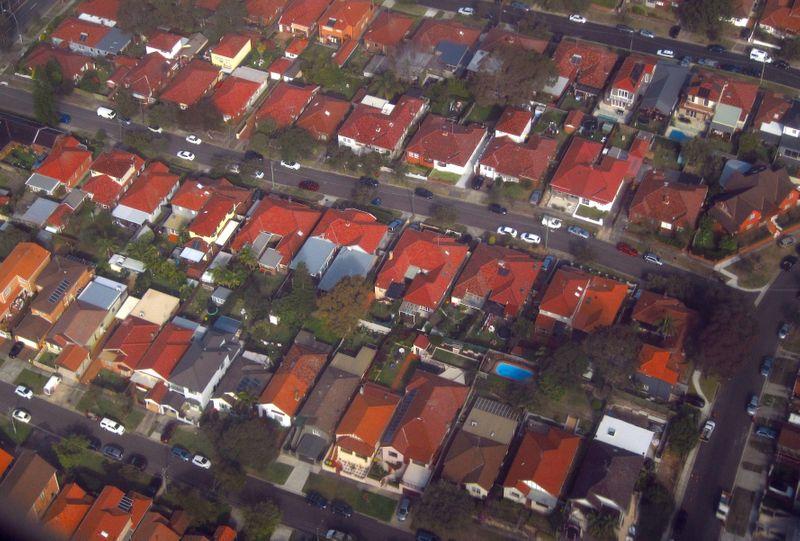 SYDNEY (Reuters) – Australian home prices eased for a fifth straight month in September, weighed down by the two largest cities of Sydney and Melbourne, though the other six capital cities enjoyed an upturn in both values and listings.

Data from property consultant CoreLogic on Thursday showed home prices across the nation slipped 0.1% in September from a 0.4% decline in August and 0.6% in July.

The pace of monthly declines has been slowing as coronavirus-driven mobility restrictions have lifted across much of the country.

Prices were up 4.8% on September last year, reflecting the strength of the market ahead of the pandemic.

Values in the capital cities fell 0.2% in September, but were 4.9% higher on the year.

Melbourne was the major loser, with a monthly drop of 0.9% as the lockdown curtailed auctions and damaged buyer confidence. Sydney saw values fall 0.3%, compared with a 0.5% drop in August.

Other capital cities such as Hobart, Darwin and Adelaide, saw a 0.2% to 1.6% monthly price rise, while regional centres enjoyed a lift too.

There were some factors supporting the outlook, however.

“The aggregate effect of low mortgage rates, and the prospect that rates could fall further, low inventory levels, government incentives and improving consumer sentiment seems to be outweighing the negative economic shock brought about by the pandemic,” said CoreLogic’s head of research Tim Lawless.

The Reserve Bank of Australia (RBA) has cut rates to just 0.25% and is expected to reiterate its willingness to do more if needed at a policy meeting next Tuesday. [AU/INT]

The conservative government of Prime Minister Scott Morrison is also under pressure to come up with fresh stimulus at its Oct. 6 federal budget as the outbreak in Melbourne clouds sentiment nationally.