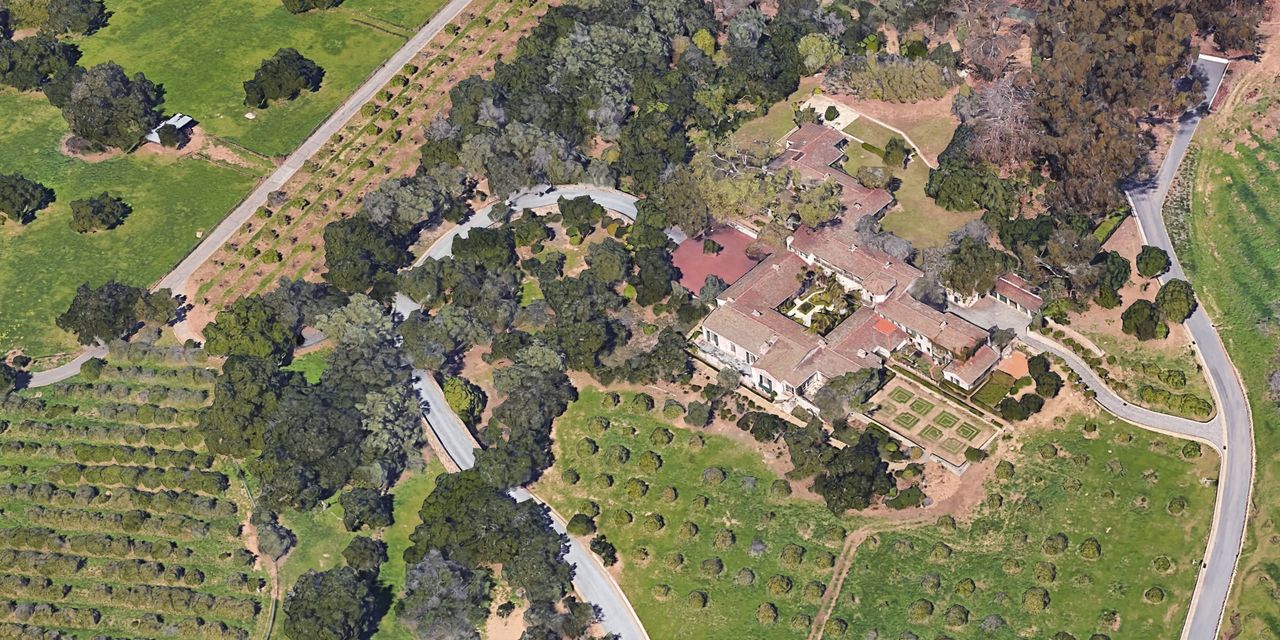 Rancho San Carlos has enormous scale and a host of quirky amenities. Built around an interior courtyard, the main house has an English-style pub accessed through a hidden door, an underground badminton court and a small tower accessible from the master suite via an interior staircase, the listing agents said in 2014.

The sellers are the family of late rancher and property investor Charles H. Jackson, Jr., and his wife Ann Jackson, who bought the land in the 1920s. The couple bred race horses and dogs on the property. The buyer’s identity couldn’t be determined.

Jim Jackson, Mr. Jackson’s grandson, told The Wall Street Journal in 2014 that the family was selling because they were spread across the country, and the property was too difficult to maintain. The property hasn’t been used as a full-time residence since Ann Jackson died in 1990, he said at the time. He wasn’t immediately available for comment on the sale.

The property was listed by Suzanne Perkins of Compass and Harry Kolb of Sotheby’s International Realty. Both agents declined to comment.