There’s a house for sale in Kirkwood with a unique past. Show Me St. Louis Host Dana Dean shows us how this piece of history is still chugging right along.

KIRKWOOD, Mo. — It was love at first sight for Don and Maria Kukla when they saw 1030 Barberry Lane in Kirkwood during a fundraising event 14 years ago.

Maria said, “My first reaction, walking up steps and seeing the stone and the tower was, ‘This is such an unusual place.’”

The weren’t planning on moving but next thing they knew, they were all aboard and became owners of a house that used to be a train depot.

Don said, “The history and grandeur of the place was just amazing.”

Maria said, “I’d never seen a house like this before.”

The Meramec Highlands Frisco Depot was built in 1891.

“And yet everything was restructured and rehabbed and added on to make it a home. So, you had the conveniences of modern day times and history of the old stone,” said Don.

And if this limestone that was laid in place more than 100 years ago could talk, the stories of the past it could tell.

“The train track used to go past where I’m sitting right now,” said Don, referring to the front steps.

Just down the road, the original train tunnel that served the train depot during the turn of the century still exists, it’s just bricked up for safety reasons now.

“We have pictures of when the depot was active around 1900, and you see all people with dresses on, hats on, and there’s something romantic about it,” he said.

The train depot sat abandoned for years until was turned into this magnificent home in 2006.

But the Kukla’s and ready to move on, and just put it on the market for $1.5 million.

“It’s time for us to downsize a little bit and allow someone else to enjoy the place,” he said.

The Kukla’s were the first homeowners of this Historical Landmark, which has 5 bedrooms and is 4,200 square feet.
It includes unique features like a movie theatre built to emulate a train car.

“There are windows in theatre which you pull up shade – they are there to make it look like a train,” said Don.

They recently added a pickleball court, part of a separate 1-acre lot, which is priced at $250,000.

“With pickleball being such an exciting sport these days, we decided to make it more adventurous,” said Don.

And now that the Kukla’s children are grown, it’s time for their train to leave the station.

“Now it’s time to pass the torch. We hope whoever ends up here loves it and appreciates it as much as we do,” said Maria.

You can view the listing here. 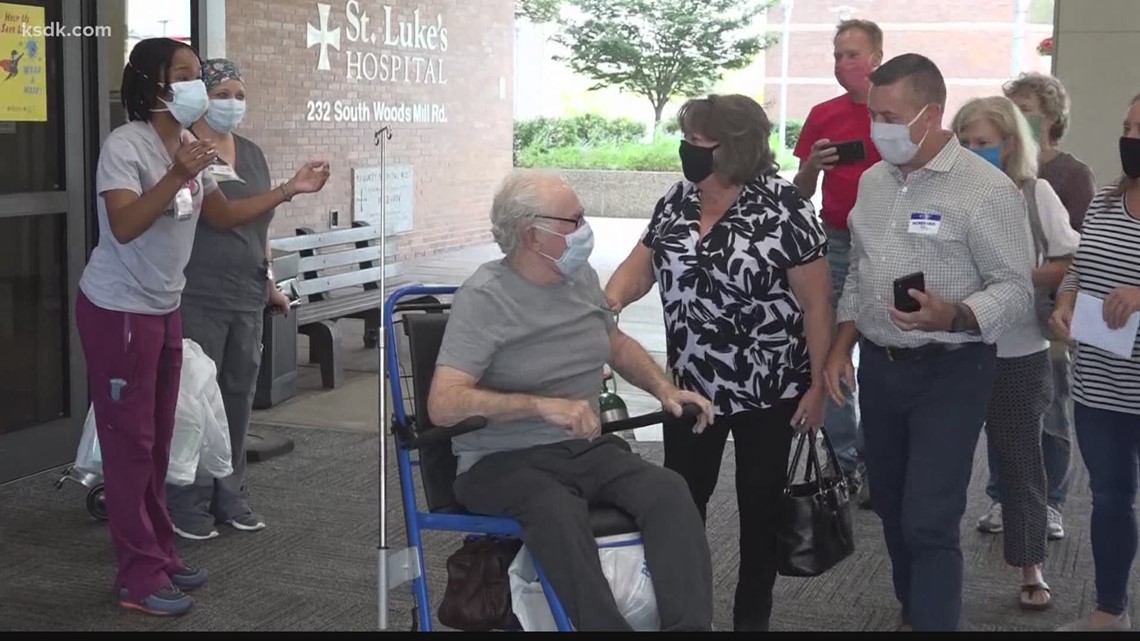 Curly from Hillsboro turned 80 last Friday – the same day he was discharged from St. Luke’s Hospital after recovering from COVID-19. ST. LOUIS – Sometimes, the best birthday presents don’t cost a thing. And no amount of money could have bought Sheridan Lane, better known as Curly, the happiness he felt on his 80th birthday.