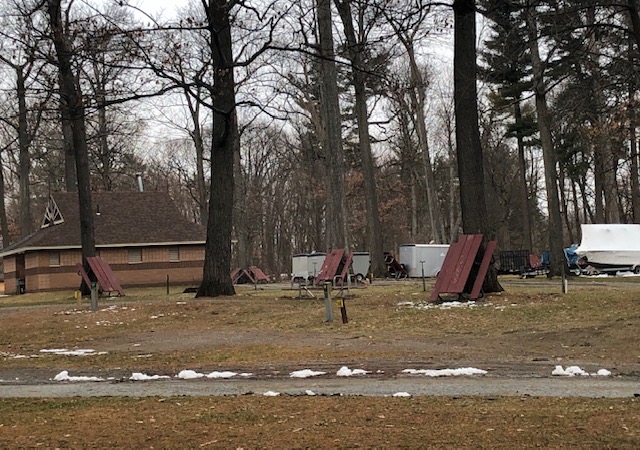 BURLINGTON — Since March, the Burlington homeless shelter ANEW Place has been on the move. When the pandemic forced residents and staff out of its downtown location, the shelter offered housing in RVs at North Beach, and then, three months later, moved guests to tents at the beach campground.

Now, ANEW Place may finally get a permanent home.

An emergency resolution passed by the City Council on Monday night will allow ANEW Place to buy and move into what is now the Champlain Inn near the rotary on Shelburne Road. The shelter is just waiting for final approval on funding from the Vermont Housing and Conservation Board — which ANEW Place director Kevin Pounds says he is “really hopeful” will come through, now that the city council has signed off on the plan.

Just two months ago, hope was dwindling for Pounds and his staff. On Aug. 6, the city nixed a proposal for micro-housing units for ANEW Place guests, leaving the shelter scrambling to find a new solution as cold weather loomed.

In years past, the shelter opened its doors each November, and provided housing through the winter for up to 40 people without homes. But the congregate accommodations at its downtown location do not allow for social distancing.

“Our backs were against the wall, like — what are we going to do?” Pounds told VTDigger. “It did feel like a miracle for the opportunity at the Champlain Inn to pop up that quickly.”

A second piece of good news

ANEW Place was just the first social service agency providing shelter to a vulnerable population to receive good news this week. On Wednesday, the Champlain Housing Trust announced that it had purchased the property once home to Handy’s Extended Stay Suites in Colchester and had offered it to Steps to End Domestic Violence, a shelter and resource center for survivors of domestic abuse.

“While we have recognized the need for a larger shelter facility to better respond to the need for trauma-informed emergency housing for years, the pandemic has only heightened this need and made it more urgent,” Nicole Kubon, executive director of Steps, said in a press release. The new location, she said, will “allow for more dignity for people when their lives are uprooted by violence.”

Even before the pandemic, Steps to End Domestic Violence had been able to accommodate only seven people at a time, and housed others seeking shelter through the state’s motel voucher program. Covid restrictions brought that number down to four.

VTDigger is underwritten by:

At its new location, Steps will be able to provide shelter for up to 35 households.

The increased capacity is critical. The organization was serving 62 families in March, up from 40 families in 2019 — a reminder of the pandemic’s impact on domestic violence.

If ANEW Place finalizes its Champlain Inn purchase, the shelter will be able to provide 50 beds for those without shelter. This number was the reason for the City Council’s emergency order on Monday: particulars of zoning regulations could have limited the shelter to a much smaller number of people. The rules allow 50 people at a commercial property, such as a hotel, but only 26 for residential use. Monday’s resolution overrode those regulations — at least for the duration of the pandemic.

The new, hotel-style locations of both ANEW Place and Steps to End Domestic Violence will be purchased with federal Covid relief funds, which the state housing board is now doling out — a “pretty unique opportunity that won’t ever come back around,” Pounds said.

In the case of ANEW Place, the sale will mark the organization’s transition to a year-round shelter, rather than one that operates only in the winter. For Luke McGowan, the director of Burlington’s Community Economic Development Office, which has been working closely with ANEW Place, that fills a clear need.

“There are people that need access to services, need access to shelter, and aren’t getting it elsewhere,” he told VTDigger, noting that more than 40 individuals had sought shelter at ANEW Place’s temporary campground, which closed last week.

ANEW is the only low-barrier shelter in the city — “low-barrier” meaning it has few of the requirements for stay (for instance, sobriety) that other shelters that serve people experiencing homelessness do. Its likely expansion will greatly increase the resources for the people it serves.

“It’s nice to be able to think about our staff being able to run a low-barrier shelter in a place actually made for long-term habitation,” Pounds said. “People are like, ‘Hey, do you think you guys can handle it?’ I’m like, ‘Oh my goodness, it’s going to be a breath of fresh air.’”

The Champlain Inn location will offer office space, as well as private quarters for residents. And Pounds says he hopes its South End location will allow for collaboration with neighbors in the community, who he says have been “overwhelmingly” supportive of the potential move. South District councilor Joan Shannon brought Monday’s resolution to City Council, where it passed unanimously.

“It’s been really encouraging to me to see that kind of unity,” Pounds said.

Still, challenges remain — even if all goes smoothly as ANEW Place and Steps transition into new homes. Each winter, as temperatures dip, the challenges facing Burlingtonians without shelter become more acute. And the fallout from the pandemic has intensified Burlington’s housing crisis: Two-thirds of guests at ANEW Place this summer had not stayed at the low-barrier shelter in the months before the pandemic, per figures CEDO provided to the city council.

At present, Chittenden County hotels are providing shelter to 424 people through the state’s motel voucher program. That program was expanded using aid from the Federal Emergency Management Agency — but it is unclear how long those funds will last.

Sarah Phillips, director at the Vermont Office of Economic Opportunity, says she expects the FEMA funding to continue in the near future, though she did not give specific dates. The state is pulling from the Coronavirus Relief Fund to support that program as well, she said.

The motel voucher program is “a key tool in our toolbox,” she said, particularly now that the pandemic has shuttered many community shelters statewide.

VTDigger is underwritten by:

This week’s news for ANEW Place and Steps to End Domestic Violence was a sign that those community shelters are finding new ways to provide shelter — even under the restrictions of a pandemic.