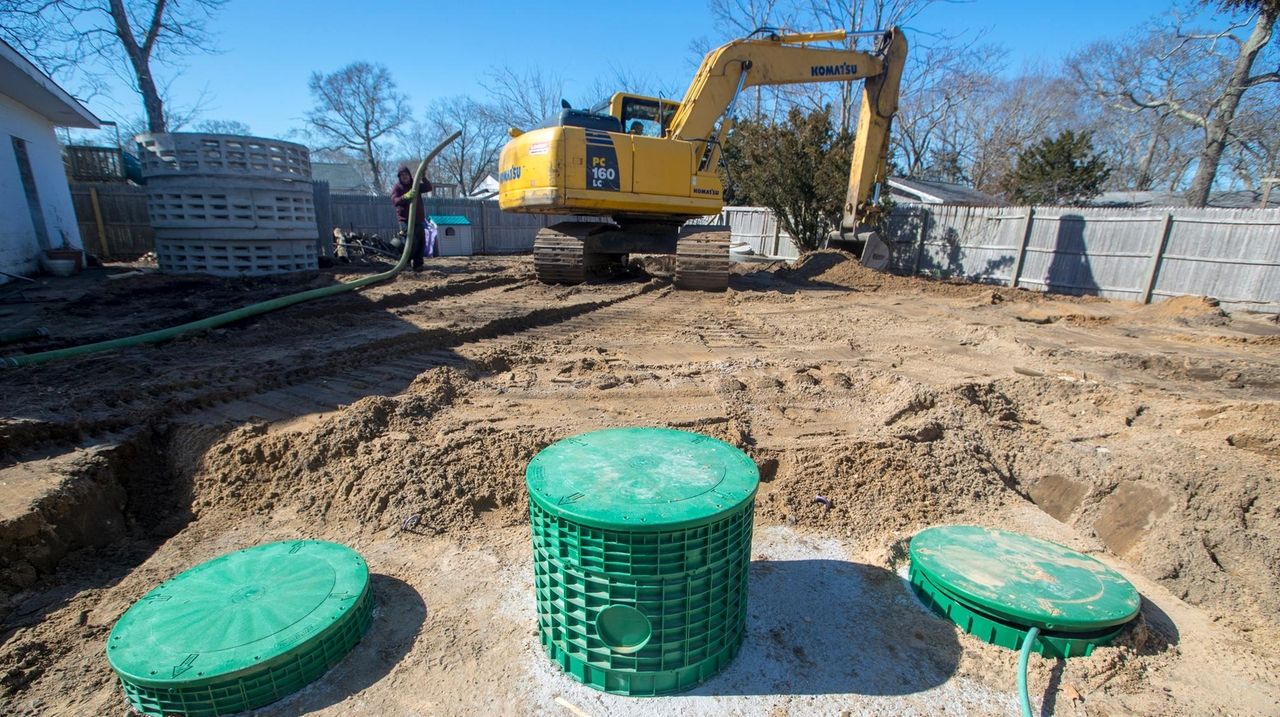 The Suffolk County Legislature on Tuesday unanimously approved a bill requiring high-tech septic systems in most new homes and commercial properties in an effort to improve water quality.

The legislation, which will go into effect in July, aims to reduce nitrogen pollution that officials say has led to harmful algal blooms in local water bodies.

“Today’s unanimous vote by the Legislature is the result of historic collaboration, a victory for improved water quality, and a significant step forward in our ongoing efforts to ensure that future generations will enjoy the bays, harbors and beaches that make Suffolk County special,” Suffolk County Executive Steve Bellone said in a statement.

The measure, which stalled in the Legislature last month because of Republicans’ concerns about its cost for homeowners, won passage Tuesday after it was amended to apply to fewer home renovations.

The systems cost about $20,000 to install — about double the cost of a traditional septic system — with some residents reporting costs up to $40,000. The measure, proposed by Bellone’s office, does not include funding to offset the costs.

The measure initially required installation of the innovative, on-site wastewater treatment systems as part of renovations that increase the number of bedrooms in a home.

The amended bill requires them only in projects that create more than five bedrooms and increase the building’s footprint or floor area.

Get our inside look at the White House and goings on in the Donald Trump administration.

The legislation also was amended to exempt construction on homes located within sewer districts because of concerns residents would have to spend thousands of dollars for high-tech septic systems that could become obsolete once sewer connections are available.

Christopher Gobler, a Stony Brook University professor of marine and atmospheric sciences who has led research on nitrogen pollution on Long Island, lauded the compromises and said he expects the bill to become “landmark” legislation for the county.

“The modification represents both a very serious step towards protecting our environment but also minding the economic situation for working families in Suffolk County,” Gobler said.

Critics of the bill said it overstates the county’s nitrogen problem and argued that county officials haven’t proved the systems are effective.

Others expressed concern the measure will be too costly for homeowners seeking to build modest-sized homes.

Lou Gallo, who helps expedite building permits for property owners, urged county legislators to “find a way to mitigate the financial impact to average people who want to do something to improve their lives.”

The towns of Brookhaven, East Hampton, Shelter Island and Southampton already require low-nitrogen septic systems for some new construction, as do Rhode Island, Maryland and Massachusetts.

More than 1,000 such systems have been installed in Suffolk. Homeowners have received state, county and town grants to replace existing septic systems, a process that costs about $25,000 on average, officials said.

But homeowners likely will have to install the new systems at their own cost under the new law, which does not create a similar grant program. The systems cost about $300 a year to maintain and also can boost electric bills.

Suffolk officials are still reviewing whether the high-tech systems meet standards for certification over two years.

The high-tech systems emit about a third the nitrogen of traditional septic systems.

Only about 25% of the county has sewers. Some 380,000 homes and businesses use cesspools or outdated septic systems, according to officials.