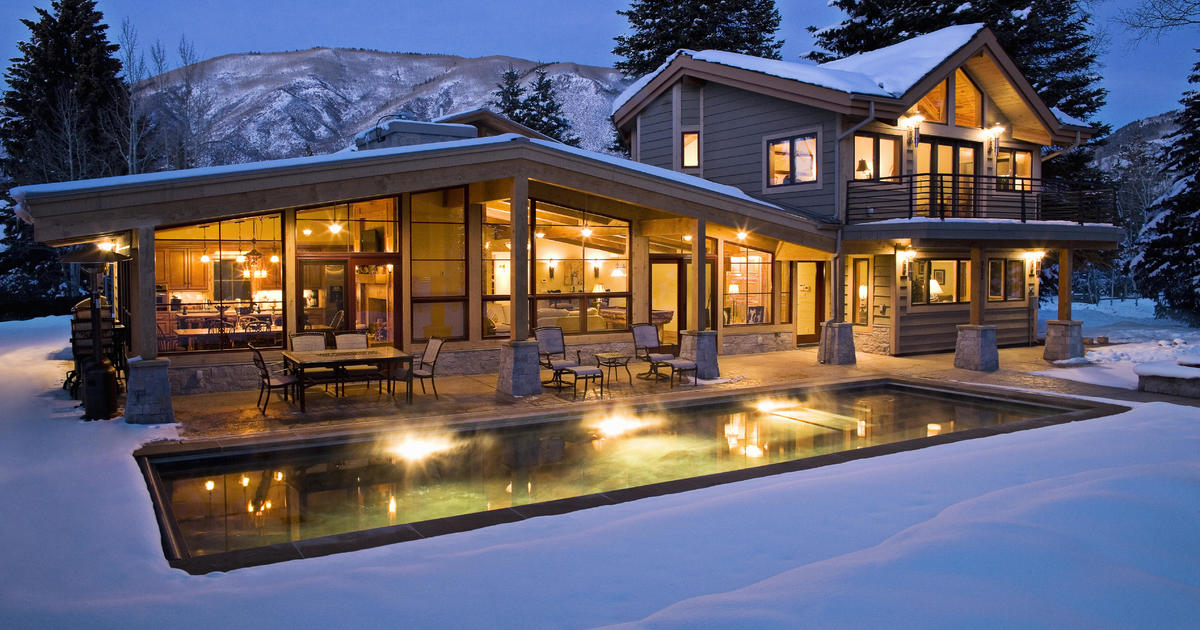 For July, home sales in resort regions across the country were up nearly 29% compared to last year, according to NAR’s data.

Indeed, the COVID-induced remote work phenomenon is fueling much of the uptick in high-end property sales in vacation destinations, according to New York City real estate appraiser Jonathan Miller of Miller Samuel.

In Aspen, there’s been what Miller called an “unusual surge” in home sales above $5 million in recent months.

Last month, nine new sales contracts were signed for homes between $10 million and $20 million in the upscale ski town, versus one in September last year, according to Douglas Elliman’s report of signed residential contracts authored by Miller.

“Inventory is flying off the shelf,” he said of the 800% increase in signed contracts for Aspen homes.

Sales are rising in other high end communities as well. In Palm Beach County in September, ninety new contracts were signed for homes worth at least $1 million, compared to 28 a year earlier.

“After hopefully the crisis is resolved in the next couple of years, we will still have the technology that COVID has made that ubiquitous leftover, and that has implications for luxury housing, simply because the tether between work and home just got a lot longer,” he added.

Other realtors attribute the spike in high-end property sales to the rich fleeing cities where COVID-19 is festering.

Tim Estin, an Aspen-area broker for Sotheby’s International Realty, said that since July, he’s seen an “explosion in purchasing activity,” with many buyers looking to move in immediately. “Anything new or like-new remodeled is flying off the shelf. If it is not, something’s wrong with the property.”

Move-in ready homes are popular on the East Coast, too, according to a top Hamptons real estate broker.

“Buyers definitely want them clean and they want immediate occupancy, immediate gratification. They don’t want to go in and do a lot of work,” said Judi Desiderio, the CEO of Town & Country Real Estate.

But the limited inventory of move-in ready high-priced homes has forced home prices up by about 15%, Desiderio estimated.

Todd Bourgard, a realtor who oversees the Hamptons sales market for Douglas Elliman, says homeowners who for years have rented out their houses are putting them on the market knowing they can command top dollar from New Yorkers looking for some fresh air.

To be sure, most Americans don’t have the opportunity to snap up pricey second homes where they can ride out the pandemic in luxurious comfort. An additional 837,000 individuals filed for unemployment benefits in the week ending September 26 as layoffs continue, according to the Labor Department.

But a rising stock market, despite the pandemic, is adding to the economic divide in America. On Wednesday, UBS and PriceWaterhouseCoopers reported that the wealth of the world’s 500 richest people has risen a collective $813 billion in 2020.

“People are realizing for the first time that they don’t need to be in the office five days a week,” Bourgard said.

The trend isn’t expected to slow for those who can afford new home purchases, in large part because remote work, and schooling, is here to stay, at least in some capacity. Bourgard said many high-end home buyers are looking for space for multiple home offices, so that their children can have their own dedicated remote learning room, rather than having to Zoom from their bedrooms.

“People are looking at these luxury areas and they’re saying, ‘I can work at home, I don’t have to be in the office five days a week, and who wouldn’t want to live in Aspen,” Miller Samuel’s Miller told CBS MoneyWatch.