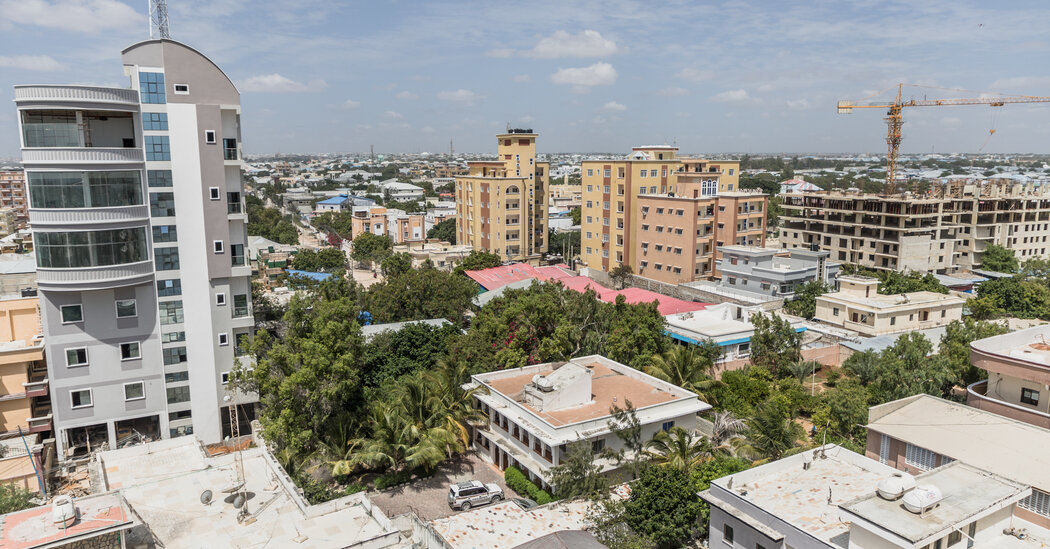 NAIROBI, Kenya — The Shabab, the Somalia-based militant group that is Al Qaeda’s most powerful ally in Africa, is not only collecting millions of dollars in tariffs and payoffs but moving the money through local banks and even investing it in real estate and businesses, according to a new United Nations Security Council report.

The report describes how the Shabab, known for suicide attacks and a severe interpretation of Islam that bans music and other pleasures, have diversified their funding streams. Although financial dealings with the Shabab are prohibited under Security Council sanctions, the report said the group had found ways to expand from strictly cash transactions into utilizing bank accounts and electronic mobile services to save, transfer and invest money.

A Security Council panel of experts that monitors Somalia produced the report, which has not yet been made public. The New York Times obtained an advance copy.

The Shabab also have penetrated Mogadishu’s port, blackmailing importers to pay a levy on goods, the report said. In all the cases the report documented, business owners paid up, citing threats and violence if they refused.

The report found evidence that Shabab operatives had stored and transferred the money through accounts operated by Salaam Somali Bank, a leading bank in Somalia.

In response, the bank said that it had never “opened an account for a sanctioned individual or entity” and that it had taken unspecified actions against suspicious accounts, but it did not rule out the possibility that the Shabab had found surreptitious ways to use the bank. The country’s finance minister also acknowledged the Shabab’s ability to exploit the banking system and called the group’s financiers “very cunning.”

The report comes just a few months before crucial elections in Somalia, a strategically located country in the Horn of Africa that has endured cycles of dysfunction and mayhem for decades. It also is contending with the coronavirus pandemic, swarms of locusts that are destroying crops and floods that have displaced hundreds of thousands of people.

The Shabab pose a growing threat to Somalia and the region, even though the group has lost territory in the past five years, suffered high-level defections and been degraded by sustained American airstrikes.

The report is especially damning for the Somali government, which is backed by the United States and the United Nations. They have insisted that Somalia take steps to modernize its banking so that groups like the Shabab that are under sanction cannot exploit the system’s weaknesses.

“Al-Shabab’s use of formal banking systems enables the immediate transfer and distribution of large amounts, including in areas it no longer directly controls, eliminating the risk of physically transporting cash across hostile territory,” the report said.

The Security Council’s experts on Somalia, a six-member panel based in Nairobi, are responsible for monitoring compliance with sanctions imposed on Somalia. The panel undertook the same work on Eritrea, another Horn of Africa country, until 2018, when sanctions there were lifted after Eritrea mended relations with neighboring Ethiopia.

In past years, the panel’s reports have examined topics such as how food aid in Somalia was redirected by corrupt contractors and how the Shabab’s bomb-making operations became sophisticated.

But the focus this year has largely been on the Shabab’s sources and movement of funds.

During the reporting period, from last December to this August, the report’s authors found evidence that the Shabab had generated about $13 million in revenue. This included an estimated $2.4 million from checkpoints in the Lower Juba region in southern Somalia and $5.8 million from charging businesses in the southern port city of Kismayo. The report includes redacted copies of receipts for these transactions.

Two bank accounts associated with the Shabab — paid into by retailers, shipping agencies and car dealerships — generated more than $3 million.

The report linked the transfers to the Salaam Somali Bank. In two separate accounts reviewed by the panel of experts — one receiving port duties, the other alms collection — the panel found large cash deposits and frequent transfers that exceeded the $10,000 limit that would have required the bank to report them.

In one of the accounts, $1.7 million was transferred entirely in 87 transactions, with one person receiving $310,000.

Over a 48-hour period in May, more than $322,000 was transferred from these two accounts to a third bank account, the report said, showing “an institutional link between the accounts and an organized approach to the distribution of funds.”

The panel of experts recorded a total of 128 transactions that would have warranted disclosure to Somalia’s Financial Reporting Center, which investigates suspicious financial activities.

A review of the accounts “revealed no obvious legitimate outgoings or expenditures,” the report said.

In a statement, a Salaam spokesman said the bank had taken “appropriate actions against numerous accounts” believed linked to “suspicious activity.” The bank also said the United Nations had reached out to it about the panel’s investigation but that since the bank had not “received the details of these accounts” it was “unable to determine whether the appropriate action has been taken against these accounts.”

After decades of war, Somalia has achieved a modicum of peace, as it looks to build functioning public institutions. This includes oversight of financial outlets like banks and the passage of laws against money laundering and terrorism financing.

But enforcement by the weak Somali government remains inadequate, hindered by many obstacles, including the lack of widespread proof of legal identity. The U.N. report noted how identity documents used to open the Shabab’s bank accounts had been acquired just days before. A recent study also showed how the country’s informal hawala system of money transfer underpinned the sale and trade of illicit arms.

“We are meeting with the banks and informing them of the danger they are in,” he said in an interview from Mogadishu. Calling the Shabab a “mafia,” he said that whenever the authorities closed one loophole, the group figured out another way to move money. “These are people who are very smart and very cunning,” he said.

The report also described the Shabab’s well-organized financial system, with regular audits to prevent losses. Besides spending on intelligence and military expenditures, the group has invested tens of thousands of dollars in property and business enterprises in Mogadishu’s bustling Bakara Market, which sells a wide range of goods and is the country’s biggest open-air bazaar.

The findings prove how the Shabab are embedded deep into Somali society, said Rashid Abdi, an analyst and researcher who specializes in the Horn of Africa.

“It’s no longer an insurgency but an economic power,” Mr. Abdi said in a telephone interview. “It’s a shadow state that’s out-taxing the government even in areas it doesn’t control.” The Shabab, he said, are becoming a “much more entrenched, resilient and deep-rotted organization that doesn’t have to rely on might or military force to stay relevant.”